The Next Progressive Movement 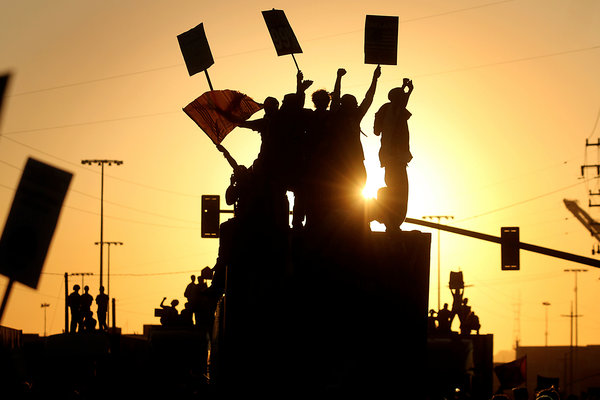 President Barack Obama’s recent State of the Union speech addressed a growing and ever-widening economic disparity between the wealthy, the middle, and the working classes. Historians have claimed that we are at the end of the Post-Regan Era, where the top 1 percent of Americans is succeeding, while the rest of the 99 percent is dealing with unemployment or stagnation. The challenge for the coming years will be to restore prosperity, provide equal opportunity and reinstate power to these new, abled leaders growing up in this cruel economic discrepancy.

Thirty years ago, a newly elected Ronald Reagan made a fateful judgment: “Government is not the solution to our problem. Government is the problem.” Taxes for the rich were slashed, as were expenses on public services and investments as a share of national income. Reagan’s thoughts were a fateful misdiagnosis. He was actually overlooking the main issue—the rising of completion in the information age. Decades have passed, and the American society is still paying for this misdiagnosis. For instance, we are now unprepared to face the challenges surrounding global economics,  energy, and the environment.

Nevertheless, Washington still channels Reaganomics. Both parties have joined in crippling the government in response to the demands of their wealthy campaign contributors, who insist on keeping low taxes for the rich and corporate profits high. Corporate taxes, for example, are at the lowest in the country’s history, and the rich are bringing home the largest income since the Great Depression. So, where did this inequality come from?

The first disparity was the Gilded Age at the end of the nineteenth century—an era quite like today. The creation of an industrial economy created rapid population and economic growth in the United States. Moreover, the Republicans and Democrats both ignorantly served the interest of large corporate businesses—leaving the rest of society out to dry on the line. In the following decades, Woodrow Wilson and Theodore Roosevelt came to power and created a remarkable era of reform. Alterations included trust busting, federal income taxation, fair labor standards, the direct elections of senators and women’s suffrage.

The second gilded age was the roaring twenties. The pro-business era of Harding, Coolidge, and Hoover created corruption and financial crisis that thus crafted the Great Depression. The American people expected success and economic growth, but found despair. However, once again an able leader in FDR instituted the New Deal which saved this country from demolition. Roosevelt’s pact marked the start of several decades of reduced income inequality, strong trade unions, high taxes and financial regulation—all objectives of Barack Obama today.

Following our recent economic calamity—cough* Reagan—a third Progressive movement is likely to occur. This one should come from three things. The first is the change of a few public services, especially an education system that may support all children from diverting social classes. The second is the end of a climate of liberty that encouraged nearly every Wall Street firm to commit financial fraud (most notable: Bernie Madoff).The third and most significantly, is the end of the wars in the Middle East and the restoration of an honest and effective government for all.

None of this will be easy. But the young people who were protesting on Wall Street and around the country could be the answer to these problems. These graduate students and young adults are gaining experience and a mindset that may set off yet another Progressive Movement. Because these rising politicians are young, they will be using social media in ways that have only begun to be recognized and understood. The rising use of Facebook, Twitter, and YouTube will lower the cost of politician campaigning and liberate Washington from the current state of widespread corruption.

Do not be surprised when a brilliant ivy-league student that supported Wall Street Movement comes to power in the coming decade. A new generation of leaders has started. The New Progressive Era has begun.