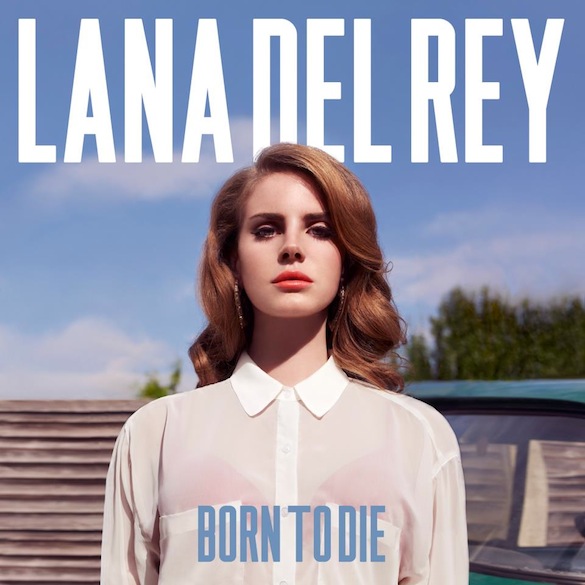 The album cover for Lana Del Rey's "Born to Die"

It is hard not to get tired of listening to Kiss 108 in your car every day, what with “Sexy and I Know It” by LMFAO and “The One That Got Away” by Katy Perry being played on a perpetual loop. These days, it is rare to come across a new artist with a unique sound who is both successful enough to have their songs played on the radio and likable enough to be awarded the prestigious honor of making the top ten list on iTunes. Recently, British phenomenon Adele was able to achieve this, but even her music is starting to get overplayed (if you do not have every word to “Someone Like You” entirely memorized by now, you have probably been living under a rock). However, breakout artist Lana Del Rey has disrupted this cycle, with her debut album “Born to Die” pushing Adele’s “21” to number 2 in the iTunes’ top 100. How did the up and coming artist receive all this attention so quickly? Del Rey’s newfound popularity can be attributed to a viral video on Youtube, called “Video Games,” as well as her disastrous performance on Saturday Night Live. However, nothing has helped her fame skyrocket more than an a music style that is all her own.

After Lana Del Rey uploaded the video for her first single “Video Games” on August 19, 2011, it quickly climbed to over a million views, leading to the release of her EP album that autumn. “Video Games” is interesting because it is not your typical love song, sounding rather dark because of Del Rey’s husky voice, yet soft and sweet at the same time. Add in her inventive lyrics and the result is a song that many may not like upon their first listen. However, something about her voice and the melodic rhythm of the piano playing in the background draws listeners in, which is why a lot of them anticipated her performance on SNL.

Disappointingly, she did not live up to the standards that her popular single set for her. Lana Del Rey’s voice may be enticing on recordings, but not when she is singing live. However, amidst the barrage of from criticism she received, some of Del Rey’s fans stood up for her. One comment on the Youtube video of her performance said, “I don’t think this was bad…at least she didn’t start doing some silly dance or lip [syncing].”

In spite of her terrible performance, Del Rey still has potential as an artist because of her originality. Each song on her album “Born to Die” sounds different. Some of the highlights are upbeat tracks such as “Diet Mountain Dew,” “Dark Paradise,” and “National Anthem.” In contrast with these catchy songs, there are some slower ballads as well, such as “Million Dollar Man,” “Born to Die,” and of course, “Video Games.”

Thankfully, the album serves as a breath of fresh air when compared to every other artist in the spotlight today. Her songs contain lyrics that actually mean something, whereas songs on the radio created by pop singers Jessie J or Jennifer Lopez seem to have little substance. Lana Del Rey’s voice is hard to classify— it has some sort of eerie feel to it, but at the same time contains notes that seem to float in the air, which captivates the listener. Maybe it is so hard to classify because there is truly no genre or artist to compare it to— it is simply original.

Overall, the album is pretty good. One might criticize Del Rey’s voice as being rather monotone, but the rhythmic beat and alluring melodies in the background make up for it. Her unusual style is certainly an acquired taste, but it is a nice change from the music typically played on the radio. “Born to Die” is a great album for fans of alternative music or anyone looking for something new to listen to.