Failed Override Would be Detrimental to Walpole Schools 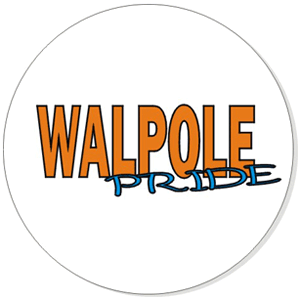 The political-action group Walpole Pride has emerged to promote a override.

As the saying goes, you cannot ignore the elephant in the room—and everyday it is getting fatter and fatter.  It is time to stop pretending nothing is happening, and stop sweeping the inevitable under the rug.

In other words, we cannot sit this round  out again for the override.  How can a town expect to just sit around and not give back?  It is not fair for the majority of us students who care about our education and experience as young adults.  Pro-overriders have been trying not to ask too much of Walpole taxpayers, but after a few years it has come to a critical point.  In recent years, the State and Federal revenue has decreased not only for Walpole, but for other towns as well. In order to keep our town the way it is right now, we need to rely on taxpayers.

If you have not seen any of the Walpole Pride updates, it is now a good time to start looking at what is really going on. A surprising amount of people do not realize the detrimental cuts the town could face next year, or in a few years when the reality slams everyone in the face. The best way to make a good voting decision is to know exactly what would happen if the override does not pass this June.

The majority of students at Walpole High remember their Elementary school days at Old Post Road, Fisher, Elm, or Boyden in a positive light. What about their teachers as well? Most students have a teacher they had years ago who said or did something that has stuck with them ever since.  If the override does not pass, veteran teachers who have been in the school system for more than 10 years will get cut, because of the possible cuts to foreign language, English, science, and social studies.  This is a serious issue and it should be treated as such.

This is not a movie, this is real life. If you have kids in the school system who have a couple more years to go before they graduate, be prepared for them to have a limited education. So many people have been sitting around and waiting for the problems to fix themselves, but look where that has landed us. After a few years of trying to postpone on an override vote, the town can no longer ignore it.

One of the biggest concerns about the override actually stems from the students themselves.  In a recent meeting on March 28, a group of interested students met with some of the members from Walpole Pride, and voiced their concerns.  For a while now, many people have been talking about the possibility of cutting foreign languages from the middle schools, but there is a deeper, underlying evil.  If the override does not pass, eventually there will be no AP language classes.  This is a huge issue, especially for those students that have to take andvanced classes to get into competitive colleges and universities.  Two students might be equal in grades and activities, but a college admissioner will be more drawn to the student who has taken Advanced Placement classes. As we can tell, this world is becoming a global society. Companies want the most educated and global employees available. However, students will have a difficult time achieving the level of education these companies desire without AP classes.

Another problem with having to cut teachers and large class sizes is that many students are getting blocked out of classes that they could have taken otherwise. For example, this year’s AP Literature class contains 35 students. A few students were blocked from the class simply because the room could not fit anymore desks. Senior Erin Strickland, a member of the AP Lit class, explained the situation in simple terms. She said, “Mrs. Culliton can’t reach them,” meaning that there are so many students in the class, a few students are bound to fall behind. Even in the highest level of classes, people are not as focused when there are too many people in a classroom.

So if this is happening to seniors in high school, what do you think would happen if an elementary school class had 40 kids in it? The exact same thing. It would take so long for teachers to pass out papers, and it would be a constant struggle to keep the class at a minimum voice level.  Having to say “be quiet” every five minutes takes time away from learning and it prevents students from being focused.

One of the reasons why a few parents in Walpole started the Walpole Pride group is because they are worried about the future of Walpole Schools—something everyone should be worried about.  Karen Bourn of Walpole Pride said, “My biggest concern is that my young children will not have the same quality of education as the students who are just about to graduate from Walpole High School.”  Currently, she has a son in kindergarten, and the furture of not only her child, but also the futures all young kids in Walpole is in the hands of the override.

The Walpole taxpayer would have to pay about $330 per year, which is less than the cost of an iPad. What if the iPad you just bought slips out of your hands and crashes into a million shards of broken glass?  That would be about $500 down the drain. For a student, that $330 dollars the override will cost will never be gone or wasted, because in the end that student will have a substantial education.