“The Hunger Games” Soundtrack Does Not Disappoint 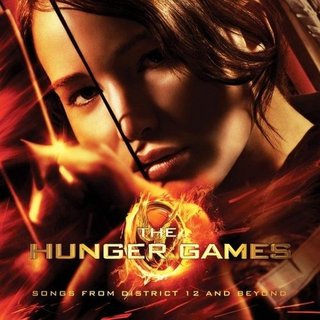 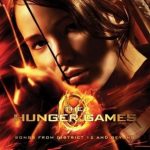 One of the most anticipated films of the year, ” The Hunger Games” is full of heavy, dark themes. Based on the popular book series by Suzanne Collins, the story is set in a futuristic era in the remains of what used to be in the United States. Every year in this dystopia, 24 children are forced to fight to the death in an arena until only one survivor remains. It is hard to picture what kind of music would be played during these scenes, but the movie’s soundtrack does a fantastic job. The sorrowful and haunting feelings that are associated with being chosen to compete in the hunger games are found through the vast variety of genres and artists, including Kid Cudi, Maroon 5, and Taylor Swift.

The first track on the album, “Abraham’s Daughter” by Arcade Fire, has an eerie sound to it. The daughter mentioned in the song is, in many ways, symbolic of the main character Katniss (there are even some clear connections in the lyrics, such as “Abraham’s daughter raised her bow”). Both the lyrics and the instrumentals of the song are haunting. The song is featured at the end of the movie and fits well with the the cliff-hanger that the film ends with.

Another meaningful contribution to the album is Kid Cudi’s “The Ruler and the Killer.” It is interesting that this song was included, as most of the songs are focused around Katniss, the protagonist, and this song relates more to the villain of the movie, which is the Capitol. President Snow could definitely be “the ruler and the killer” referred to in this song. The song also adds variety to the album, representing the hip-hop genre.

Taylor Swift’s two songs on the soundtrack are great. “Safe and Sound,” featuring touring partners The Civil Wars, differs from Swift’s usual style. It is very soft and melancholy, making it a perfect fit for the movie, especially for the scene in which Katniss has to leave home to compete in the games. The other song by Taylor Swift, “Eyes Open”, is more upbeat. The lyrics are most likely associated with the struggle that tributes go through when fighting in the arena.

Featured on the album are also slower ballads by The Secret Sisters, Neko Case, Punch Brothers, Jayme Dee, The Low Anthem, and Birdy. Maroon 5’s Adam Levine also steps out of his usual genre to sing a slower, more sad tune, “Come Away to the Water.” The Decemberists and Glen Hansard add rock music to the album, and there are country and folk songs included as well, with contributions from The Carolina Chocolate Drops, The Civil Wars, and Miranda Lambert.

Overall, the album provided an accurate representation of the themes of the Hunger Games.  The songs capture the mood and the storyline very well, one can tell many of them were written specifically for the movie soundtrack (just compare the lyrics of “Eyes Open” to the experience the tributes go through in the arena, it is a perfect fit).  Also, many songs had a heavy or a dark sound instead of a happier-sounding melody, which makes sense because the Hunger Games is not exactly a cheerful story. Complete with meaningful lyrics and a contrast between sorrowful, haunting, and upbeat melodies, “The Hunger Games” soundtrack is worth listening to, especially for fans of the series.