Differences in Student Council will Affect Candidates and Upcoming Elections 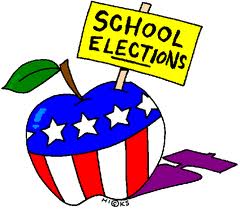 For the first time this year, Social Studies Department Head Mr. Tom Morris made an appearance on the morning announcements and addressed the school on the beginning of the elections. This is the most anticipated and nerve-wracking time of year for potential Student Council representatives. A great amount of stress is built up for many of the returning Student Council representatives and officers as they strive to regain their spot on the Council.

This year, just as in previous years, candidates will have to complete signature forms, meaning they need to acquire 20-25 signatures of classmates in the same grade, as well as three from faculty members. These completed forms are due by 2:15 on Wednesday, May 2, in time for the organization of elections.  The primary elections (if needed) will be on Monday, May 21 during lunch and final elections will be held on Wednesday, May 23 during lunch as well.

During these upcoming elections, however, there will be two key changes: first, there will be no election speeches for officer positions, and second, if a candidate is elected as a class officer and as a member of the Student Council they will be asked to select only one position and have the next candidate on the list fulfill the vacant spot.  Without the responsibility of making speeches, the officer positions will potentially have many more candidates.

“One of the most important changes is that the number of Student Council representatives has been greatly expanded,” said Mr. Morris.  In previous years, class advisers handled the officers, but now Student Council has virtually taken on that responsibility since advisers were unable to make it work with their time and schedules.  Also, the Student Council is as popular as ever, meaning that many students are looking to get voted in, heightening the overall competition, and ensuring the most participation.

Another slight change has been made for those running for the Student Advisory Council to the Walpole School Committee—the winners will no longer be ex-officio members of the Student Council, meaning they will have to run separately for the Council. With more and more candidates signing up to run, the Student Council is as big as ever, and with this heightened sense of competition, it will ensure success for it in these coming years.