Behind Tompkins, Rebels Rebound with Wins Over Milton and Dedham 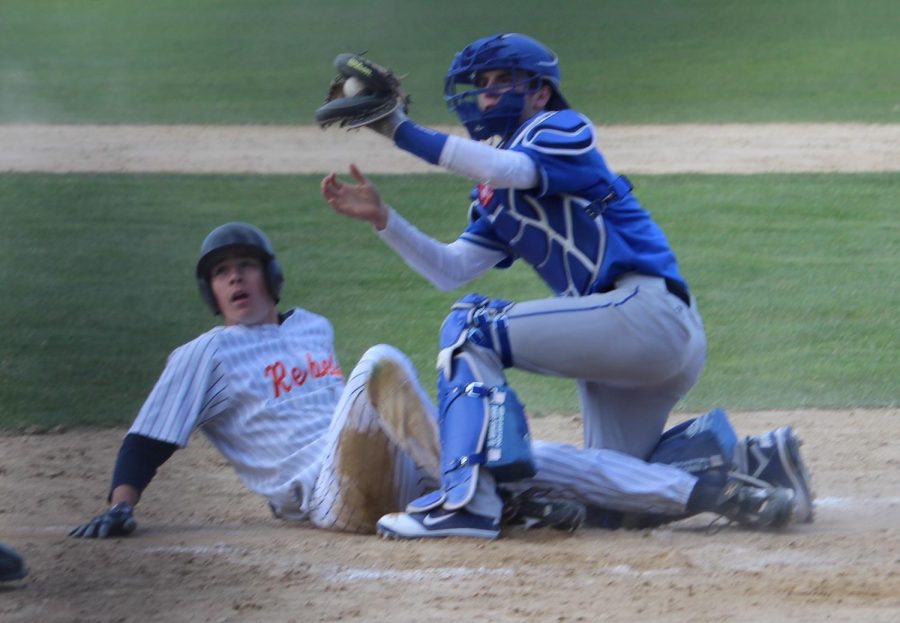 The influence of Coach Tompkins's old school approach to baseball is demonstrated by the Rebels' willingness to get dirty.

As the head coach of the Walpole High School baseball team for over three decades, Coach Bill Tompkins is no stranger to success.  In fact, Tompkins’s name has become synonymous with success since taking over the program from Ralph White in 1979.  A 2003 inductee into the Massachusetts Baseball Coaches Hall of Fame, Tompkins passed the 500 win milestone earlier in the season with a 15-5 victory over Natick, officially placing him in an elite class, as only thirteen other coaches in state history have been able to reach 500 victories.

Tompkins, who could most certainly be described as an “old school” leader of young men, has truly probably forgotten more about baseball than any of his players have ever known.  For these reasons, he simply demands respect.

However, despite his undeniably illustrious reign on the Rebel bench, Tompkins is also no stranger to disappointment, as a State Championship has eluded him during his 33 seasons at the helm of the Rebels.  Tompkins’s 2012 Rebel squad, which jumped out to an impressive 7-0 start to the season, hopes to change that come playoff time, aiming to deliver their devoted coach his first state title.

Entering the week, the Rebels were the top ranked team in the Boston Globe and many other news outlets, a feat that Tompkins has also experienced in the past.  However, for his players, this honor has truly calamitous potential, as nothing can derail a team faster than an aura of cocky entitlement.  Furthermore, when utter letdown is added to this equation, the results can be truly disastrous.

This is exactly the pickle that coach Tompkins, who was known for his base stealing ability as a player, was thrown into on Tuesday, as his top ranked Rebels suffered a disappointing setback at the hands of Bay State League opponent Brookline.

Regarding Tompkins’s handling of this difficult situation, senior Captain and three year starter at the catcher for the Rebels, Dan King said, “Coach has been around the block and let us know very fast how little rankings really matter.  We didn’t lose to Brookline because of our effort.  We got outplayed on that given day and Coach refused to let it bring our spirits down too much.”  Tompkins’s level-headed handling of this predicament sheds light on his invaluable ability to prevent wins getting to his players’ heads and losses from getting to their hearts.

The perseverant nature of Tompkins’s team was put on display on Wednesday as the Rebels, only a day removed from being upset by the Warriors, visited Milton with their minds set on returning to business as usual.  Despite being outplayed by the Wildcats for the first eight innings of the game, the Rebels were able to erase a 6-3 deficit in the ninth behind a pair of two-run doubles from a pair of senior Captains, Craig Hanley and Matt Lavanchy.  The Rebels put on an offensive clinic in the final inning and came out on top 9-6.

On Friday, the Rebels looked to birth another winning streak against the Dedham Marauders. Senior Kyle Donnelly took to the mound for the Rebels, going the distance in an 11-1 slaughter rule victory.  The Rebels pounded away against Dedham’s crafty starter for the first six innings of action, leading 4-1 entering the bottom of the seventh.  Once again for the Rebels, the bulk of the damage done by the high-powered Walpole lineup came late in the game.