Matt and Kim Stick to Their Roots with Fourth Release “Lightning” 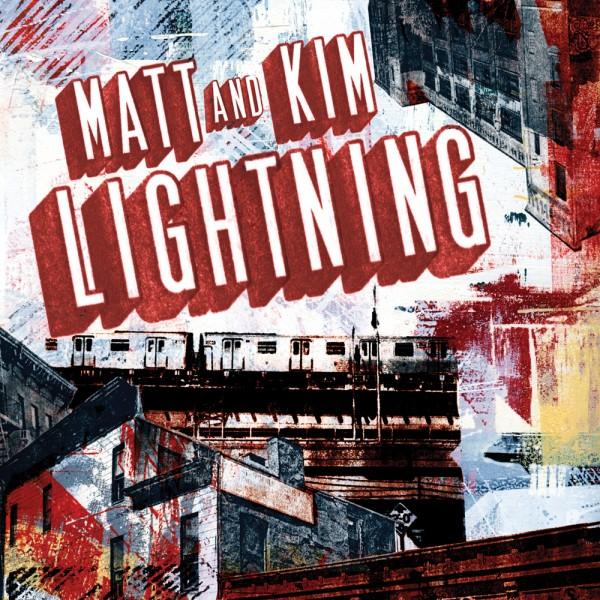 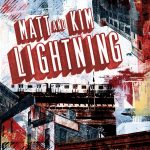 Based on every song they have produced— from the carefree, piano-driven hit “Daylight” to the bouncy, exultant “Block After Block”— one can surmise that indie-alternative duo Matt & Kim are nothing but happy. Matt Johnson’s eclectic keyboards and raw vocals plus Kim Schifino’s pounding drums create a rejoicing, happy-go-lucky sound that is sure to cheer up any downtrodden listener. The two have made a name for themselves simply because their style is so incomparable to that of any other alternative artist.

Matt & Kim’s style has not varied much throughout all of their releases. The first and second albums, eponymous debut Matt & Kim and follow up Grand, were more raw-sounding than third release Sidewalks, which had a slightly more processed and electronic sound to it. Lightning, the duo’s fourth studio album, drifts closer to the band’s roots, while still keeping some of the electric tone from Sidewalks. The first song and single off the album, “Let’s Go,” opens with simple vocals and piano, and then shifts into a more electronic sound with a shouting chorus. This single is distinguishable from most of the group’s other songs because the drumbeats are less prominent. The song is a must have for any fan of the band. Track two “Now” is reminiscent of Grand as it is led by percussion and the outcrying vocals that Matt is most known for. The next two tracks, “It’s Alright” and “Not That Bad,” are peppy, pick-me-up kind of tunes. “It’s Alright” is one of the best tracks on the album; the song is driven by hand claps and an up-tempo keyboard, along with the inclusion of brass instruments. “Not That Bad” has spirited verses with creative lyrics– “Your watch looks the same, but times they have changed.” The only downside to the song is that the verses are so infectious that the chorus seems drawn out and boring in comparison. Track five “Overexposed” shows off more of the band’s metaphoric lyrics (“Like a picture, I was overexposed…”) and has a soulful chorus similar to that of “Let’s Go.”

Following up the brightness of the first five tracks on Lightning is the synth-infused “I Said,” a darker sounding song when compared to the jovial sound Matt and Kim are known for. The vocals and slow piano sound polished, but the electronic beats are slightly annoying and put a damper on the effect of the song. Song seven “Tonight” is like a slowed-down version of “Let’s Go” or “It’s Alright”— not particularly outstanding compared to other songs on the album, but not bad at all. The chiming, lively keyboards of “I Wonder,” sound as curious as Matt’s poignant vocals (“I wonder what I would have become…”). The song is definitely the most exceptional of all the slower tracks on the album. The fast, electric guitar and rapid drumbeats on the beginning of track nine “Much Too Late,” sounds punk-rock, in the likes of bands such as Blink-182; however, Matt Johnson’s nasally vocals and electronic keyboards clearly distinguish it as an indie-alternative song. Track ten on the album is “Ten Dollars I Found,” a short piano ballad with echoing vocals. Unlike the other songs on the album, it lacks Kim’s hammering rhythms on the drums, aside from smashing cymbals at a few points. It is a short and sweet closer to an otherwise loud and animated album.

Even for avid alternative and indie listeners, Matt & Kim are somewhat of an acquired taste: essentially, the songs are either extremely catchy or obnoxious. Lighting as a whole is sure to please fans of their previous albums, as the pair did not stray too far from their roots. Not every song is outstanding, but the album has a lot of variety. Though Matt & Kim’s style has not changed much since their first release, Lightning is an example of the band sticking to what they are good at: producing an original, joyful sound for each of their cleverly written songs. Some of the strongest tracks are “Let’s Go,” “It’s Alright,” “Overexposed,” and “I Wonder.”