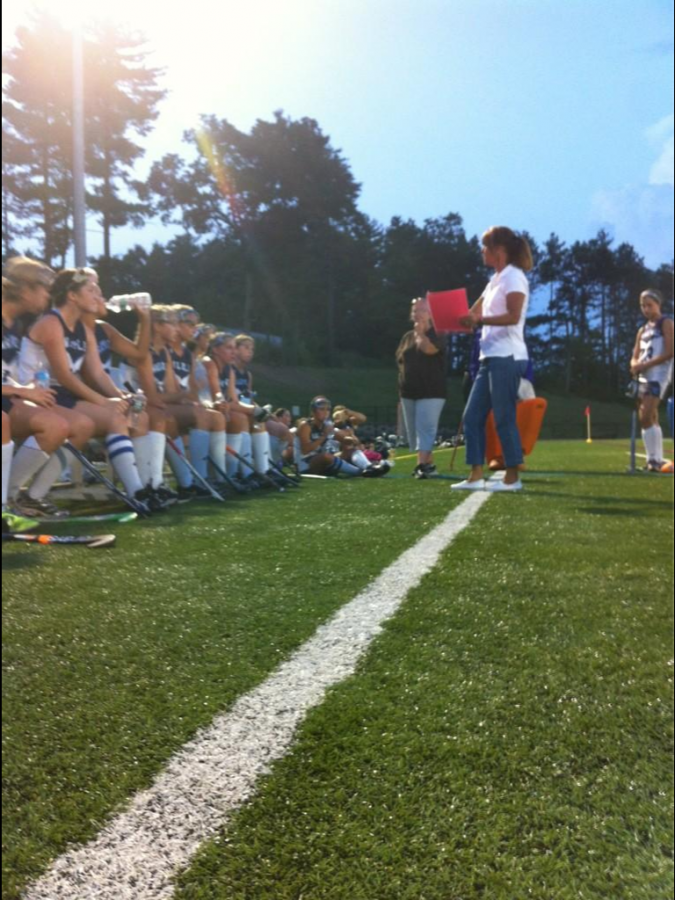 The Porker's sideline before the senior game.

Football: The Rebels tamed the Newton North Tigers this weekend on Saturday, October 27, winning by a score of 47-0. Senior Captain Cam Hanley carried the Rebels offense scoring 4 touchdowns for the team. At the end of halftime the Rebel’s backups were in and would finish the game keeping the team’s shutout streak alive. The Rebels need two more shutouts to tie the State record.

Field Hockey: The Porkers played Norwood on Wednesday, October 24, and defeated the Mustangs by a score of 10-0. On Friday, October 26, the Porkers had their senior night against the Braintree Wamps and would defeat them 7-0. Junior Brooke Matherson would add yet another hat trick to her season. The Porkers next game will be in tournament and is to be announced.

Girls Soccer: Rebsoc played Franklin yesterday, Sunday, Ocotober 28, and tied them 2-2. Franklin is the number one team in the state. On October 23, Tuesday, the girls played Norwood and won 3-1. On Thursday, the girls had their senior night against Braintree and won 2-0. Their next game is also a tournament game and is to be announced.

Boys Cross Country: On Tuesday, October 23, the boys raced against Framhingham and won 19-43. Saturday, October 27, the boys had their Bay State Conference Meet at Norwood placed 6th out of the 12 teams in attendance.

Girls Cross Country: Tuesday, October 23, the girls also raced Framhingham won 15-50. They placed 6th as well at the Bay State Conference meet out of the 12 teams in attendance.

Most Valuable Rebel of the Week: Junior Brooke Matherson of the Porkers is this weeks MVR. She was awarded MVP of the Bay State League and a first team all star player.

Biggest Upset of the Week: Rebsoc gets the biggest upset of the week this week even though they did not beat number one ranked Franklin. They did tie them 2-2, proving to the state that they are a force to be reckoned with.

Unsung Rebel(s): Senior Caleb Cofsky receives this week’s Unsung Rebel of the week.  He scored his first two goals of his career in one week! Congrats to Caleb!