Boys Hockey Looks to Bounce Back 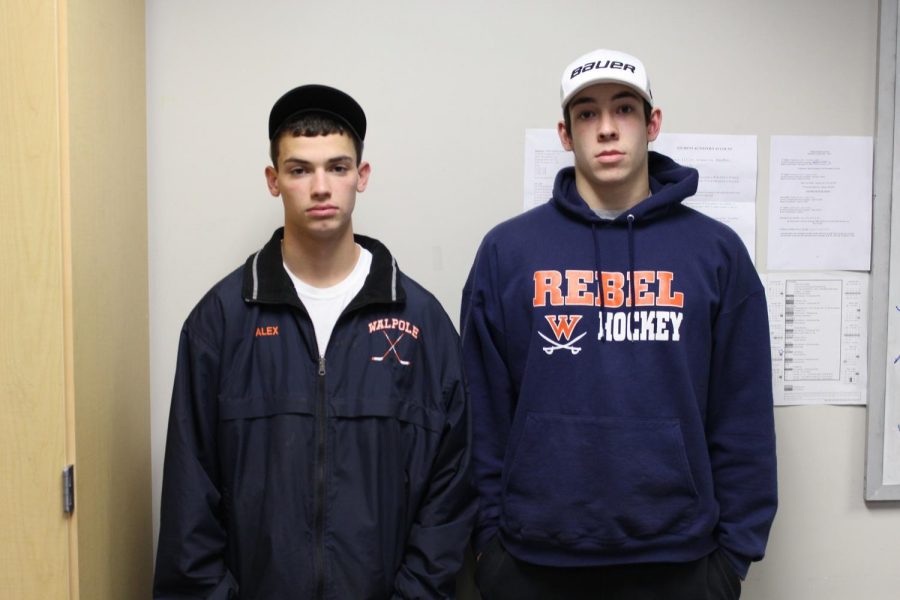 Looking to rebound from a 3-6-9 record, the Rebels will need to use the experience of the past two years to help them succeed.

“With the talent our team has this year, the potential for success really falls into the hands of the players,” said senior Captain John White.  The Boys Hockey team is now in the right position to make a run deep into the playoffs.

Co-Captains Alex Carde and White lead an experienced Rebels team that only lost four players from the previous year.  To achieve success this year the Rebels will have to be more disciplined.

“If we can stay out of the penalty box and keep a consistent level of intensity throughout every game we’ll turn a lot of those close games and potential ties into wins,” said White.  Also, coming into this season the Rebels will have a new look behind the bench with Coach Dowd.  Dowd’s experience should help the Rebels in tight games. He may be able to help turn some of their league -setting record for ties into wins.

“[I am] very optimistic to turn many of the 9 ties into wins this year” said Carde.

It will not be as easy as it seems for the Rebels who are already facing some adversity with the pre-season injuries to key players like  junior Patrick Baker (sprained MCL),  junior Tommy McNamara (back injury), and White (slipped disk).

A strength for the Rebels might be in goal and the great depth within each line. With now two years of varsity experience, goaltenders senior Ray Mortali and  senior Ryan Erwin will lead the charge and look to improve on the 60 goals against from last year.

The depth within each line is noticeable with many players having 2-3 years of  varsity experience under their belts.

“We are all a year older and only lost 4 players,” said Carde.  But the lack of scoring for the boys team will need to improve on a dismal 40 goals scored which proved to be a major weakness.

The Rebels will look to take advantage of all the off-season work that they have put in.  The goal is not just to make the playoffs, but ultimately to make a playoff run. It all starts when the Rebels open up at home against Natick on Wednesday, December 12 at Iorio Arena.