HollyWord’s Thanksgiving Edition: What Celebs Should Be Thankful For 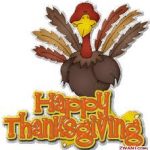 With Thanksgiving just around the corner, many people are looking back at their year with something to be thankful for.  Some are just looking forward to the food.  Whether you have noticed it or not, you have accomplished a lot this year.  But how much? And.. have you been recognized for it?  Celebrities like One Direction, Demi Lovato, Carly Rae Jepsen, even Kendall and Kylie Jenner should be thankful for what they have and what they have earned in 2012.

One Direction: Four british boys and one Irish boy started off on the X Factor, formed together by everyone’s favorite judge, Simon Cowell.  Late last year, they released Up All Night, and now, they are not just known in the UK.  They are known worldwide, and are close to having a “Justin Bieber” type of success. Their widely known appearance on ICarly helped their fame get out to younger children. 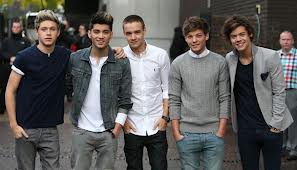 They have toured the United States and UK are preparing for their World Tour in 2013.  They have received a Brit award and three MTV video music awards just in 2012.  Now, they recently released their second album Take Me Home, which appears as the Top 10 album on Itunes.  These boys are hilarious and British; not just great singers.  This Thanksgiving, they should look back at their first X Factor audition and truly be thankful for how far they have come.

Kendall and Kylie? Absolutely everybody knows who they are.  Whether you have something against their three step sisters, Khloe, Kim, and Kourtney, it does not mean you have to have something against them.  They are just “close to normal” teenage reality stars who like to have fun, even if that means splurging.  Yes, it’s not just suddenly “this year” they became widespread like One Direction, but they’re clothing line that has been called to release this spring is just one reason they should be thankful for having three mega million dollar sisters. Besides the fact that every teenage girl wants to have their lives, these girls invite Oprah to just “come on over” their house, get incoming texts from Justin Bieber, and can probably afford the state of California…solely from their model income.  These two teenage sisters live nothing short of the perfect life. 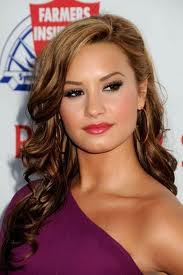 Demi Lovato is just one name known all over the world.  Whether you know her from Disney Channel, X Factor, or the girl who is an inspiration to millions, she is still Demi Lovato.  She guest starred on many shows as a kid, but the thing that boosted her fame to an extreme level was Camp Rock and Camp Rock 2.  She toured with the Jonas Brothers, and dated Joe Jonas: the tambourine player!  She fought a hard battle with an eating disorder, which caused her to self harm and abuse others.  She got into rehab late 2010 and came out April 2011.  The star got back into work and is now an influence to many, putting herself out there.  She has come a long way, and she is working on her next album, while being a judge on X Factor.  She talks about how treatment saved her life.  How far she has come from being at the lowest she’s ever been is something to be extremely grateful for, not just this Thanksgiving.

Don’t even try to deny that you haven’t caught yourself singing Carly Rae Jepsen’s hit single Call me Maybe. She became a success over night, despite the lack of lyrical meaning in her catchy tune. 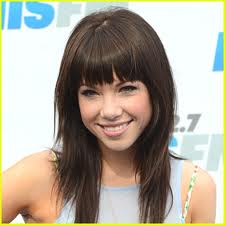 Parodies of the song flooded youtube, one of the most popular being the Harvard Baseball team’s rendition which was both sexy and hysterical–a perfect combo. Carly proved she was no joke when she was featured in Owl City’s newest single, Good Time.  She also had no trouble making her way into Hollywood’s social scene by becoming good friends with Justin Bieber. Justin and his friends including Selena Gomez, Ashley Tisdale, and the boys from the band Big Time Rush made a youtube video of them dancing and singing along to Call me Maybe. Carly Rae Jepsen was more than lucky to hit it big this year, despite her vocal talent, and I’m sure she is gratuitous to that.