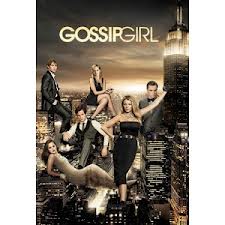 The mysterious words “Where she been? Serena. And who am I? That’s one secret that I’ll never tell. You know you love me. xoxo, Gossip Girl.”  have opened every beloved Gossip Girl episode.  With the series finally coming to an end,  the world will have to learn to live without tales from the scandalous lives of Manhattan’s Elite.  The series finale, titled, “New York, I Love You XOXO,” gave fans closure to the stories of their favorite Upper East Siders and finally led to the revealing of the famous blogger’s identity. But before Gossip Girl’s identity was revealed, there was some unfinished business to attend to.  The episode picks up from the end of the previous episode,“The Revengers.”  Chuck and Blair are running  from the police because Chuck is suspected of being involved in the death of his father, Bart Bass.   Unlike previous hoaxes the series has supplied, Bart Bass is truly dead this time, which means Chuck and Blair can safely be together.

The episode opens with a conversation between Serena and Dan, who have a lot of talking to do.  Serena asks Dan how he really feels about her.  This conversation bored most fans, who were more concerned with what was happening to everyone’s favorite couple, Chuck and Blair, than other characters.  Meanwhile, Chuck’s Uncle Jack Bass shows up at Chuck and Blair’s secret hiding place demanding an explanation as to why they ran away if they are not involved in Bart Bass’ death.  Police think Chuck killed his father, by pushing him off a building, but it actually happened as a result of a fight started by Bart.  Blair and Chuck explain their situation and Uncle Jack tells Chuck he should consider marriage because Blair would never have to testify against Chuck in court.

Following his uncle’s suggestion and a plot point that fans have been awaiting since season one, Chuck finally asks Blair to marry him. Blair obviously accepts the proposal, one of the highlights of the episode because it shows that despite everything Chuck and Blair have been through has led them to this perfect moment.  Since season one of the series, Chuck and Blair knew they had feelings for each other, but Chuck does not tell Blair that he loves her until the season two finale.  After three more seasons of an on-again off-again relationship and using each other as pawns in their schemes, Blair finally makes up her mind in the season five finale that she wants to be with Chuck.  Every time that Chuck and Blair came close to finally being together, something terrible happened to prevent the relationship, which eventually  caused fans to complain. Loyal Chair fans have been waiting for this proposal forever, and it lived up to the viewers high expectations.

Jack Bass, with the help of Georgina Sparks, the show’s recurring antagonist, gets the crew of main characters to meet at the Met, the place where the main characters always meet,  so Chuck and Blair share their good news.  Fast forward to Central Garden, where Chuck and Blair are married by Blair’s step-father Cyrus.  Blair, in a beautiful gown, and Chuck, her prince Charming, finally having their happy ending.  But the fairly tale is interrupted when the police show up.

Everyone finds out who Gossip Girl really is. In a twist not anticipated by most fans, Gossip Girl is relealed to be none other than “lonely boy” Dan Humphrey. One of the producers did mention that the reveal of who Gossip Girl is was quite obvious.  If fans rewatch some early epispodes of the series it becomes clear that Dan was always Gossip Girl.  Most viewers suspected Dorota, Blair’s maid, but in the end she was nothing more than a beloved housekeeper.  One problem with Dan running the blog is that in early episodes, his sister Jenny’s reputation had been destroyed by the blog, but viewers find out that Jenny was in on Gossip Girl from the very first post. Serena was not upset when when she found out that Dan was the infamous blogger, viewing the entire blog as a type of love letter. Less than thrilled when Dan turned out to be Gossip Girl,  Blair said “Gossip Girl made our lives hell”, to which Chuck responeds “Blair, is your life really ruined?”  Despite the blog’s interference, each of the characters seems to have reached a temporarily happy ending.   Every one of the characters was shocked by Dan’s reveal, but very impressed.

Since the start, Gossip Girl has used popular songs that went along perfectly with the mood of the episodes, from the saddest to the happiest moments.  In the finale, “It’s Time” by Imagine Dragons played in the background when everyone meets at the Met. The producers could not have picked a better song to play in the scene because Chuck and Blair finally got together, a happy ending fans have been waiting years for.  At the end of the episode,  “You’ve Got the Love” by Florence + the Machine  plays at Dan and Serena’s wedding. This is the perfect song for every one of the characters’ happy endings and provides an excellent closing to the series.

Before the series finale aired, the CW aired a short special with the producers and actors talking about their time on the show.  It was a neat way to see what their thoughts about the show’s 6 season run.  In this special, the producers reveal that Gossip Girl had a huge impact on New York City.  Mayor Michael Bloomberg declared January 26th as Gossip Girl day, which is pretty cool.  One thing people will probably also miss about Gossip Girl is the fashion.  This television show always got the fashion right. The cast was the best dressed cast in a television series.

Flash to the future 5 years: when Nate is successful, Blair and Chuck are happily married with a little boy named Henry. There is no more Gossip Girl… or is there?  In the final moments of the show a group of rich young teenagers are eyeing an outsider who wants to be one of them.  There will always be an outsider looking for a spot on the inside.  Gossip Girl may be over, but the blogger will live on for the next Serena, Dan, Chuck, Blair and Nate.  XOXO, Gossip Girl.