Rebel Showcase Provides Support for Clubs and Entertainment for all 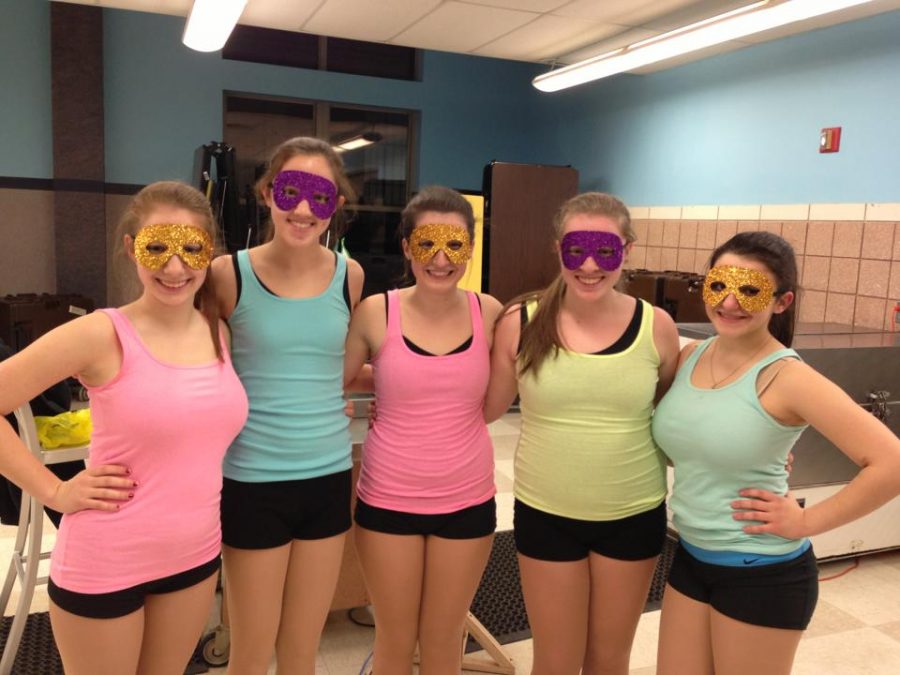 Many groups in the high school are often overshadowed by sports teams in the amount of support they receive. Because clubs like Drama Club and Dance Company are less exposed than sports, they have only a short amount of time to gain support and raise money before show nights. There are also newer organizations in the school that many people do not know about, such as the Speech Team and the annual Coffee House music performances. In need of funding and promotion, these groups along with Student Council, and the Faculty Theatre banded together to organize a fundraiser night – the Rebel Showcase.

On Thursday, February 28, students, parents, and teachers gathered in the cafeteria from 6:00-8:00 for a night of entertainment, food, and fun. For a ten dollar admission fee, spectators had access to an all-you-can-eat pasta and dessert buffet, as well as the opportunity to enter as many raffles as they pleased. After filling their plates and gathering their raffle tickets, the group sat down at the tables to watch the clubs’ showcase their talents.

The first group to perform was the Drama Club.  The group, headed by Jim D’Attillio, has been working for months to perfect their show.  Kicking off the showcase, Drama Club sang and acted an opening scene from their musical “Seussical.”  The first song they performed was “The Thinks You Can Think,” which introduced many significant characters such as the Cat in the Hat, portrayed by senior Jackie Gately.  Later, the first conflict of the musical arised, as Horton (played by junior Mike McKeon) is introduced.  One of the most enjoyable parts of the performance was “Biggest Blame Fool,” a funny musical piece in which the other characters tease Horton for believing that he hears a Who.  The mix of humorous, well-portrayed acting and talent in singing their musical numbers was enough to give the crowd a reason to buy tickets for the March 9 and 10 show.

Second to take the stage was the Speech Team. First up was junior Valerie Lancy, who narrated a humorous account of young love called “Sushi.” The ditzy, girly inflection in her tone of voice as well as her expressions made her character amusing and believable. After Valerie came junior Adam Finkle, who recounted an entertaining Southern version of the brothers Grimm’s “Hansel and Gretel,” complete with perfected accents and a multitude of acted parts. Lancy and Finkle provided an interesting and engaging form of entertainment that most people had not seen before, and showed the school what Speech Team is all about.

One of the most interesting events at Walpole High is the Faculty Theatre.  For one night a year, students and teachers band together for a unique display of talent.  Representing the Faculty Theatre were teachers Mr. Doug Betschart and Mr. Bill Powers, who displayed their musical talent through acoustic guitar, trumpet, and vocals.  The duo played two songs, impressing the crowd with their musical ability. Betschart and Powers will likely be seen on stage again at the annual Faculty Theatre, along with other endowed staff and students.

Dance Company showcased three different numbers at the dinner, all of them choreographed by small groups over February vacation. First to dance were sisters  senior Amber Walsh and sophmore Emerald Walsh, performing a duet to “Love Lost” by the Temper Trap. With a mix of fast-paced and drawn out movements, the choreography prepared and performed by the siblings was compelling and exciting. Second to perform were juniors Amanda Guidoboni and Tori Martin, who danced to “Walk It Off” by Angus & Julia Stone. The best part of the routine was the well-executed partner work, and their moving performance kept the crowd entertained. The last dance group was junior Amanda Guidoboni and sophomores Rachel Graham, Sabrina DiMartino, Maria Konstas, and Diane Maher. Their dance was very creative, as they combined pointe dance (a normally classical style) with upbeat, exciting music such as “The Harlem Shake.” One of the best moments was when they did a rendition of “The Cup Song” from Pitch Perfect, tapping out the beat with their shoes. Dance Company’s three routines entertained the group at the Showcase, but kept what is to come in their March 21 and 22 show a mystery.

After the Dance Company performed, Film Festival gave a brief announcement and showed the highly-anticipated preview of this year’s upcoming films.  The trailer, full of both comedy and suspense, recieved an excited response from the audience.

One of the newer events at WHS is the Coffee House.  A few times each year, talented student musicians have the opportunity to perform.  Coffee and snacks are provided to spectators as they watch the nightly performances in the library.  The Coffee House is quickly becoming popular, as it is a chance for instrumentalists and singers to demonstrate their talent and for those who attend to hear great music.  One of the Coffee House’s regular performers,  senior Caleb Cofsky, played guitar and sang at Thursday night’s Rebel Showcase.  Using an amp that can record and play back sounds, Cofsky displayed a professional sound when singing “Crash Into Me” by Dave Matthews band.  His performance gave the crowd a taste of what the Coffee House nights are like.

The night was overall a success.  The performances were enjoyable, and the down time between them was not issues as raffles were drawn and food was available.  Though attendance was not as great as it could have been, the Rebel Showcase proved a worthwhile idea.  Junior Gabriela Dwyer, who attended the showcase, said, “It was a lot of fun, and I liked seeing previews for Drama Club, the Film Festival, and Dance Company.  I want to come again next year.”  The event will hopefully continue on in future years to support many hardworking extra-cirriculars at Walpole High.