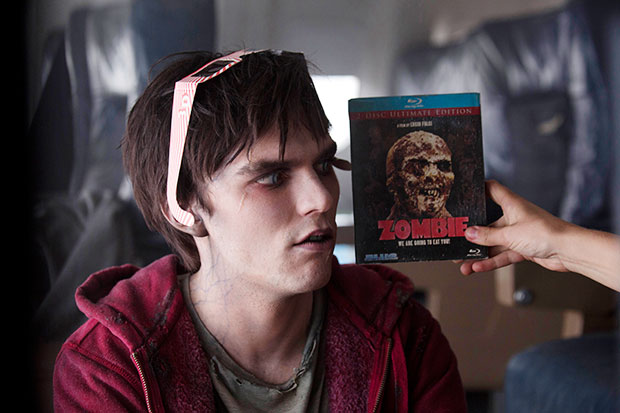 The lure of monsters has long fascinated humans – grotesque creatures from Frankenstein to Dracula have weaved their way in and out of literature and film over centuries. Throughout the past decade, the vampires vs. werewolves genre has been particularly pronounced in pop culture, what with the reigning success of The Twilight Saga and shows like The Vampire Diaries; however, with the Breaking Dawn Pt. 2 premiere concluding a long tale of lust-worthy, sparkling immortals, the vampire genre may be on its way out the door. The enthrallment of monsters and the captivation with the idea of the apocalypse has created an even more terrifying, wholly undead creature: the zombie.

The zombie apocalypse genre is primarily explored as a serious, action-packed, and rather horrifying genre. The focus is commonly placed on a lone survivor or group of survivors who have narrowly avoided contracting the “zombie” virus, a sickness of mysterious origin which transforms the human into an undead creature. This protagonist or group of protagonists battle their way through the gloomy, baneful atmosphere of a destroyed earth, slaying zombies in an attempt to survive while finding themselves well aware of the impending doom upon them. AMC’s award winning series The Walking Dead has done exceptionally well in popularizing this apocalyptic setting, and continues to be a hit, with about twelve million people tuning in every week. The thrilling and suspenseful zombie genre has also done well in theaters, with movies such as I Am Legend and upcoming 2013 action film World War Z. The apocalyptic era has become so popular that zombies have been portrayed in a comedic light as well, with crowd-pleasers such as Zombieland and British film Shaun of the Dead. While the central conflict of these “zom-com” movies still involves human heroes struggling to live in a land teeming with the undead, a focus is placed on the more lighthearted aspects of the characters’ struggle (for example, Tallahassee’s undying love and constant hunt for Twinkies in Zombieland). The mix of comedy has added a quirk to the zombie era and extended its stay in the public eye. Now in 2013, the zombie theme is being introduced in new applications.

Who in their right mind would consider a zombie a heartthrob? Picture a Twilight-esque romance, minus Bella and Edward’s awkward intimacy, and mix in some slightly satirical, unintentional comedy, and the outcome is  the 2013 zombie rom-com Warm Bodies. Young, oddly handsome, and grotesquely undead “R” (Nicholas Hoult), takes the role of an unlikely hero, falling in love with headstrong Julie (Teresa Palmer) after eating her boyfriend’s brains (how morbid). Despite his gruesome demeanor, R attempts to flirt with Julie. Their interactions come across as uncomfortable yet sweet at the same time, as R showcases some surprisingly loving and human characteristics. As R begins to feel again, a quest ensues not only to chase after his true love but also to explore the possibility that the zombie virus can be reversed. With a more positive spin on an apocalyptic setting and a bit of unlikely humor and romance, Warm Bodies is a crowd pleaser that attracts a new demographic to the zombie genre.

In film, the zombie apocalypse setting often has few survivors. While the characters have hope to persist and one day end the epidemic, there is never enough people around to actually strategize and try to save the world. The June 2013 movie World War Z reworks this stereotypical formula for zombie action films, delving into a plot that is more War of the Worlds meets killer zombies. The main character, U.N. employee Gerry Lane (Brad Pitt), scours the globe in search of a way to halt the endemic virus that is inflicting the population. The trailer portrays zombie in an even more haunting matter– they are faster, more mindless, and more deadly than in many other adaptations. The most memorable scene of the trailer is the thoughtless zombies attempting to break through a wall at least one hundred feet high, robotically climbing on top of each other and falling to their “deaths” along the way. Taking more of a government versus zombies approach, World War Z is sure to be packed with suspense and combative action.

Though many monster fans will soon be on the search for the next new craze, it is clear that the zombie genre has potential to stay in the limelight for some time. With versatility and ingenuity in all of its editions, the zombie genre is certainly not dead yet.