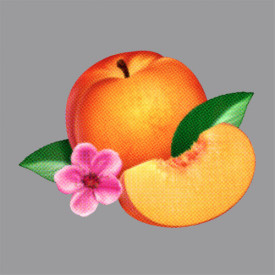 Once a band makes it big with a hit album, the decision for the following album is no doubt a difficult one– consistency is important, but there is always the risk of rehashing old songs. No one wants to hear a lackluster album from an acclaimed musical group, but a mess of over-experimenting could be problematic as well. The fourth album from French alt-rock group Phoenix, 2009’s Wolfgang Amadeus Phoenix, brought the band to a high point in their career; popular singles “1901” and “Lisztomania” encapsulated the light and airy yet danceable, jittery style that surfaced on their first hit song, 2000’s “If I Ever Feel Better.” After a few years of relishing in the success of Wolfgang Amadeus Phoenix (the album won the 2009 Grammy award for Best Alternative Album and prompted many headlining tours for the band), Phoenix returned with a fresh new style. Their fourth album, Bankrupt!, takes a step in a new direction for the band; however, they do not stray too far from the lively, upbeat style they are celebrated for.

“Entertainment,” The opening track on Bankrupt!, is similar to Phoenix’s past hits in its cheery, high pitched electric guitar verses and Thomas Mars’ smooth vocals. The surprise lies in the chorus and the opening of the song, an unexpected slew of synthesizers accompanied by heavy drumbeats. “Entertainment” was the perfect choice for the first single off the album– the build up from the relaxed verses to the fiery chorus is exciting, and the pulsating beat of the song is radio-worthy. Track two “The Real Thing” is equally consistent but altered in style from “Entertainment,” as it starts off slow and transitions to a darker, heavier sounding chorus. Mars’ typically soft vocals take on an unforeseen outburst at the end of the chorus as he repeats, “Follow me, follow follow me.” One of the best songs on Bankrupt! is track four, “Trying To Be Cool.” The song has a groove to it that is uncharacteristic of Phoenix, following the trend on the album thus far of synthesizer rhythms mixed with heavy guitar chords. Mars sounds edgy as he belts out “Tell me that you want me, tell me that you want me.” The high-pitched bounce characteristic of Phoenix dominates the standout “Drakkar Noir.” Another key track is “Bourgeois,” a softer ballad with hints of acoustic mixed in. The song is a well-needed break from overbearing synth-pop, and it does not feel out of place in Bankrupt!’s upbeat mix.

Phoenix’s fourth album has just enough variety to keep the listener intrigued throughout, and it is as consistent as Wolfgang Amadeus Phoenix as far as providing hit singles; however, Bankrupt! does have a few faults. Not every song is perfect– the seven-minute fifth track “Bankrupt!” has a unique breakdown, but it progresses a bit too gradually to keep the listener’s attention. Also, the heavy use of synths and louder instruments overshadow Mars’ at some times. Despite its imperfections, Bankrupt! is an even more appealing album after repeat listens, and it proves the band versatile in tackling new styles.