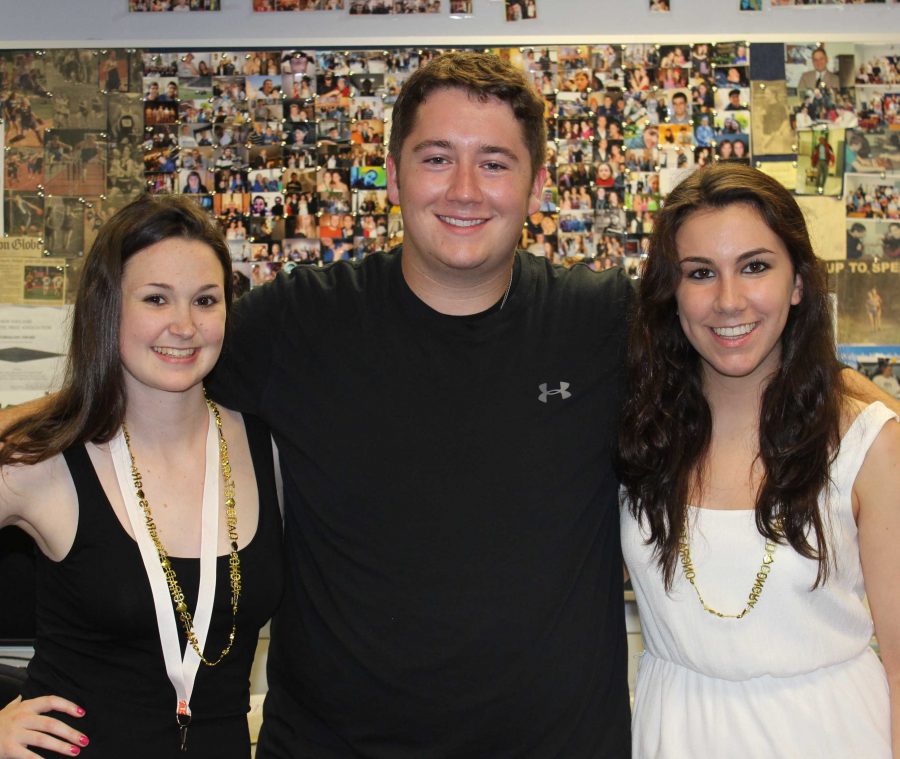 On Friday, May 3, 40 journalism students headed to Boston University, eager to attend the New England Scholastic Press Association   (NESPA) Conference. The conference, which the Rebellion staff attends semiannually, consisted of three sessions, a presentation from a Keynote speaker, workshops, and an awards ceremony. Despite having left before the journalism awards were presented, Rebellion adviser Mr. Conor Cashman was later informed that Walpole High School’s newspaper earned the All-New England Class I First Place award from NESPA.

Upon arriving in the morning, Massachusetts high school journalists had their choice of attending one of several presentations for the nine o’clock session. Among these journalistic presentations were Reporting for the Boston Globe, Tips and Tricks for Photoshop and InDesign, and a presentation by Rebellion members called, “Using Twitter to Bolster your Publication.”

Walpole’s presentation was conducted by Mr. Cashman, publicity editor junior Cassidy Randall, and entertainment editor junior Hannah McLaughlin; the presentation, whose title garnered a large crowd, received a multitude of praise from the audience. Hannah McLaughlin said, “The presentation went really well; it was a great opportunity to share tips about managing a successful Twitter account with students from all over Massachusetts.” Their presentation consisted of a slideshow that replayed The Rebellion’s successful year on social media through the use of Google Analytics, website updates, and most predominantly, Twitter.

The presentation of “Using Twitter to Bolster Your Publication”  at the NESPA conference conveyed many of the changes and improvements made by the Rebellion in the past year, many of which contributed to being recognized as one of the best high school publications in New England. The utilization of Facebook, Twitter, Instagram and updates on the Rebellion’s website have become the fastest, most efficient, and most popular way to spread news. Although the Rebellion prospered this year due to many technological advances, the staff made sure to maintain the publication of well-written articles, in an effort to avoid compromising the quality of writing for the quantity of article produced. Stressed as one of the reasons why they did not get the award last year, the quality of the articles this year catapulted both the website and the newspaper into qualifying for the prestigious award.

Later in the day, Walpole ended their day at the NESPA Conference with a presentation from Brian McGrory, editor in chief of the Boston Globe, who told primarily of his experiences traveling across the country as a young, aspiring journalist and working his way up to prestigious editorial positions for his favorite newspaper, the Boston Globe. McGrory’s speech came at a particularly inspiring time, considering the scrutiny that unfolded with the Boston Marathon bombings just two weeks prior and how the newspaper struggled to maintain their usual integrity amid the madness that followed the event.

Ironically, Mr. Cashman and the rest of the journalizers had to leave after lunch and before the awards ceremony, in order to return before the end of the school day. Later, Mr. Cashman was notified—through email—that the Rebellion had won the esteemed award, much to his surprise. The award came as a reward for the journalizers after a strong year, in which they had built up their Twitter following, increased pageviews to record highs, and put out some very strong papers. Mr. Cashman said “We achieved our one big goal for this year. Next year, we just have to focus on repeating, as well as looking for other awards that we could potentially win, possibly including national recognition.”