Bachelorette Desiree Narrows it Down to 11 Guys 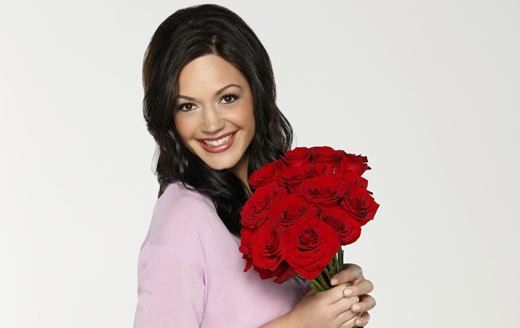 When the weekend flies by and Monday creeps up on you, there is an overwhelming feeling of dread that haunts the upcoming week of school or work.  However, there is always one thing you can look forward to on Monday nights — The Bachelorette.  On last week’s episode, Des and the boys hit Atlantic City, N.J. for another week filled with romance, jealousy, and drama.

For the first one-on-one date, Des took out Brad to the Steel Pier to ride a variety of childish carnival rides and break countless health violations by barging into a confection factory and grabbing chocolate-covered pretzels right off the assembly line.  The setting of the date got more romantic when Des and Brad snuggled up on the beach next to a giant grandiose sand castle that may in fact be nicer than most people’s actual houses.  While on the beach Brad tells Des that he’s looking for a woman who is “a great person, sweet, and would be a good mom.”

Too bad that person is not Des.

Des is just not feeling Brad, and she tells the cameras that the dinner portion of the date is do-or-die for Brad.  Dinner, like the rest of the date, is awkward and Des and Brad sit and smalltalk over untouched plates of food.  You can tell it’s over for Brad when he tells Des, “You’re so amazing.”

She signs his romantic death warrant by mumbling a simple, “Really? Thank you.”  Not until Brad has walked up the 228 step historic Absecon Lighthouse does Desiree tell Brad how she’s really feeling about the date—no more cute talk.  Des tells Brad that she loved and enjoyed every minute of the date, but she doesn’t think there’s anything there.  So Brad cries for a little bit, and the mysterious man who always grabs the suitcases of the fallen men takes Brads and it’s over.

The next day Des met Brooks, Bryden, Zack K., Kasey, Drew, Juan Pablo, Zak W., Mikey, Ben, Michael, and Chris for a group date at Boardwalk Hall. They were greeted by Harrison and reigning Miss America, Mallory Hagan, who inform the men that they would be competing in The Bachelorette’s Mr. America Pageant.  Competing in a talent, interview and swimsuit portions of the pageant, Brooks ended up walking away in third place, Zak W. in second, and Kasey in first.  However, being crowned Mr. America did not mean Kasey would get the rose, and Zak W. ended up receiving the group date rose  after he pulled out all the stops and sang Des a corny love song that he wrote himself.

Later on in the episode, Desiree went on her second one-on-one date with James, taking him to Seaside Heights to look at the devastation left by Hurricane Sandy.  The date was actually very modest and humbling compared to the usual extravaganzas that ABC plans.  James and Des bonded over the heartache of the town and ended up giving away their romantic date in A.C. to a couple who lost their home.  As they end up spending their evening in a pizza joint, James surprisingly opened up about cheating on an ex-girlfriend when he was a freshman in college.

As a bachelor, this honesty about previous transgressions is a gamble: Des could easily give the rose to someone faithful over him; however, Des does claim that she admires his honesty.  It will be interesting to see if his cheating past will come back to haunt him in future episodes.

Moving on to the rose ceremony, Bryden shockingly admits he is struggling with his feelings for Desiree and confronts the guys and her about it. But while the guys think that Desiree will send Bryden home before the rose ceremony, she surprises everyone when she tells him that he hopes he stays because she wants to see where their relationship could go. With the guys waiting for their roses, Bryden ended up accepting a rose, and Zack K. was sent home.

This week’s previews look extra dramatic, as some of Des’s favorites – James and Ben – may not be there for the right reasons (The preview suggests that these vain men are here their individual fame instead of Des). We’ll just have to wait and see what next Monday has in store for us!