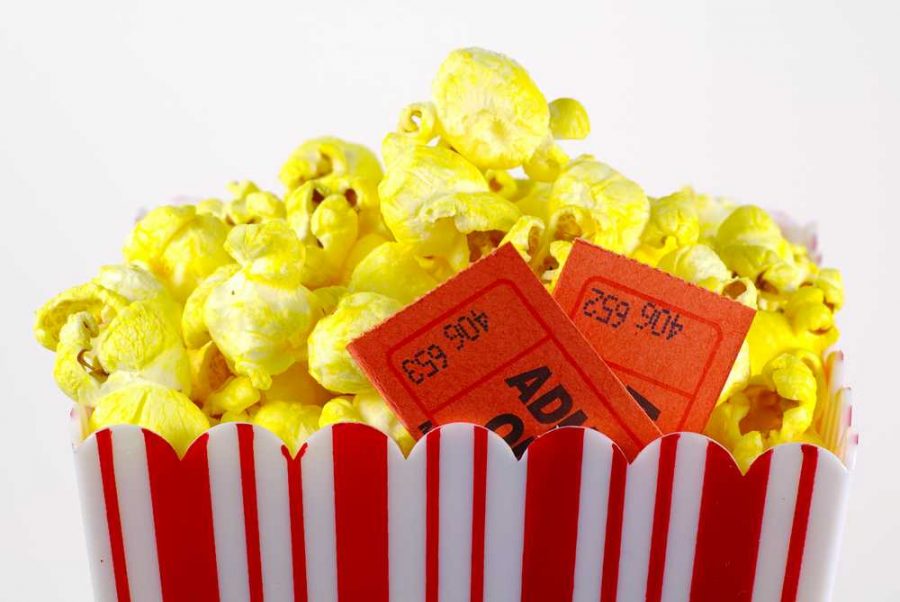 The summer of 2013 was full of new movies, so much so that there was hardly an inactive week in the box office.  Here is a list of the movies that we thought were the most memorable.

Writers, directors, and actors of comedies will go to great lengths to leave their audience in hysterics, crafting cleverly funny scenes and presenting them in an exaggerated manner. Comedy is meant to be slightly offensive, enough so that the outrageous scene provokes a sense of hilarity; unfortunately, filmmakers often take the obscenity too far, creating scenarios too crude and explicit to be considered comical (i.e. The Campaign). Successful comedies include just enough outright rudeness that they amuse rather than offend their audiences, a balance that We’re The Millers strikes fairly well.
Jason Sudeikis plays David Burke, a local drug dealer whose profits are stolen after he is mugged outside of his apartment. His supplier Brad (Ed Helms), expecting a payment from David, offers him a deal: smuggle a huge shipment of drugs out of Mexico in exchange for thousands of dollars. Hoping to avoid suspicion at the border, David enlists the help of three local misfits – stripper Rose (Jennifer Aniston), resident nerd Kenny (Will Poulter), and street-smart punk Casey (Emma Roberts). Packed into a massive RV, the three pose as the fake “Miller” family, hoping their innocent air will allow them to evade detection from border police. The dysfunctional “Millers” hilariously face obstacles along the way, including absurd encounters with a real life RV family, Don (Nick Offerman), Edie (Kathryn Hahn), and Melissa Fitzgerald (Molly Quinn). The barrage of uncomfortable “family” moments (portrayed especially well by Poulter) and over-the-top characters such as Scottie P. (Mark L. Young) are clever enough to amuse viewers, yet simple enough to keep their attention.
We’re The Millers, while not an exceptionally ingenious film, explores a skewed take on a dysfunctional family that is refreshingly funny and memorable.

The Mortal Instruments: City of Bones, released August 23, centers around a teenage girl, Clary (Lilly Collins) who discovers that her mother Joceyln has kept her in the dark about the world of shadowhunters.  Clary’s mom is kidnapped by evil shadow hunterValentine, and it is up to Clary and her new shadowhunter friends, including love interest Jace (Jamie Campbell Bower) to save her mom.  Even though the movie received negative reviews and did not do well in the box office, it was a very good movie.  The acting from Lily Collins and Jamie Campbell Bower was pure, as they actually seemed like a real couple.  The music that was played throughout the movie  was never out of place, and was incredible because it went along perfectly with the scenes.  The sense of action also made the movie more entertaining to watch.  Overall, The Mortal Instruments: City of Bones is a well-made movie that people should give a chance, even though it looks  like another teen franchise movie gone awry.

This Is the End: Karalyn Kickham

It takes a lot to create a movie that leaves viewers speechless when they leave the theater.  Directors Evan Goldberg and Seth Rogen created a masterpiece with easily the funniest and craziest movie of the summer, This Is the End.  The film casts Seth Rogen, Jay Baruchel, James Franco, Jonah Hill, Danny McBride, and Craig Robinson as, ingeniously, themselves.  This comedy follows all six actors in their endeavor to survive the apocalypse in Franco’s house in LA.
Franco is throwing a party with a house full of celebrities in L.A. when the end begins.  Rogen, Baruchel, Franco, Hill, Robinson, and McBride are the only survivors left in the house, and they have to find a way to survive the apocalypse while running out of resources.  Survival proves difficult, however, as there is a beast trapping the men inside Franco’s house.  The entire movie is just crazy.  Jonah Hill becomes possessed while in the house, and everyone has to fight off the beast.  Eventually all six are out of the house, and they realize that in order to be accepted into heaven during the apocalypse, they have to perform a selfless act for another person.
The cast of This Is the End could not possibly be better, as each of the six characters brings his own element of comedy to the film.  The audience in the theater was laughing the entire time (there were even tears from laughter at some points) and some spectators were actually speechless after seeing the film on account of how insane it is.  If you have not seen This Is the End yet,you have to.  From action scenes fighting the beast to a special appearance by The Backstreet Boys, this movie has it all. Even though most of the humor was inappropriate (hence the R rating; do not see it with a parent—way too awkward), This Is the End was hands down the funniest movie of the summer.
The Way Way Back: Emily Massarelli

After a summer full of movies about zombies, ghosts, drug dealers, and car chases, The Way Way Back delivered a reprieve from the usual bland, predictable movies. Audiences follow the summer vacation of Duncan (Liam James), a morose teenage boy whose mother (Toni Collette) and disagreeable stepfather Trent (Steve Carrell) force him to spend his summer days at Trent’s beach home.

Duncan experiences the predictable awkward romance with his neighbor (AnnSophia Robb) that every movie based around a teenager must contain. Despite the foreseeable relationship between the two characters, the film takes a turn as Duncan continues on his own path.  He searches for a refuge from his annoying family, just as any of the teenager does all summer, and finds solace in a nearby water park — filmed at Water Wizz in Wareham. Here Duncan befriends many of his co-workers, including his cleverly funny boss Owen (Sam Rockwell), and slowly learns he can be socially accepted by others despite his social awkwardness.

Filled with Duncan’s emotional family conflicts and struggle with self-confidence, The Way Way Back is quirky in a way that tugs at your heartstrings, yet has an odd comedic relief.

This summer was the summer of sequels, including Despicable Me 2, Grown Ups 2, and The Smurfs 2. Few were as successful as Monsters University, a prequel to the childhood classic Monsters Inc. The prequel follows the story of Mike Wazowski and his quest to become a scarer. In the monsters’ world, a scarer is a monster who enters children’s bedrooms at night to scare children while they are sleeping. The more effective the “scare,” the more scream energy acquired. Mike decides to pursue a scare major at Monsters University. During his first scare class, Mike meets James P. “Sulley” Sullivan, a legacy at Monster’s University. A rivalry develops between the two when Sulley is invited to the elite fraternity “Roar Omega Roar,” whereas Mike is rejected. The two are informed that in order to continue their scare major, they must pass the final exam of the semester. However, their rivalry causes both monsters to fail. They are kicked out of the scare program, and the only way for Mike to accomplish his dream is by winning the Scare Games. Mike joins the unpopular frat Oozma Kappa, and they barely make it past the first round of the games. Mike and Sulley must work together in order to re enter the program, and eventually they make it to the final round against Roar Omega Roar. Oozma Kappa wins the Games, but Mike learns Sulley tampered with the scream meter for he did not believe in his natural scaring abilities. Mike, enraged at Sulley, decides to enter the human world to prove he has what it takes to be a scarer. Sulley tries to save him, but they both become stuck in the human world. Sulley and Mike amass enough scream power to return to Monsters University, proving they possess scaring abilities, but also expelling them from the University. The rest of Oozma Kappa is admitted into the scare program, while Sulley and Mike must pack up their things. They find jobs at Monsters Inc. in the mail room. After many years, they are finally able to become a part of the scare team.

When it comes to horror movies, hype is often more important the the movie’s quality itself. The infamous Paranormal Activity saga got its start from commercials featuring footage of audiences filled with pure terror at the movie’s showings. However, if you have actually seen any of the four unnecessary Paranormal Activities, then you know they lack any fear inducing plot and are just filled with annoyingly suspenseful moments of the camera panning back and forth in a dark room. It’s hard to believe any horror movie could be as big of a let down, but The Conjuring succeeded in filling the disappointing shoes of Paranormal Activity. Finally, after incessant commercials and advertising for months on end, horror fans were on the edge of their seats waiting to be terrified by the movie that posters claimed “is psychologically and emotionally disturbing” and advised moviegoers to “sign up for a session with [their] priest”. Anyone who has seen the movie can contest that the only ones in need of a priest are the director, producers, and actors of this movie who need to confess to making a movie so annoyingly bad that it was nearly sinful. The only reason why The Conjuring had as many viewers as it did was because its R rating made ticket holders feel more daring; whereas if the movie was rated PG-13 the sales would most likely have been cut in half along with the movie’s fear factor.

The failure of a movie featured a family who recently moved into a new home and were terrorized by the ghost of a vengeful witch who once owned the land. At first, the uncertainty and mystery surrounding the idea of possession makes the movie scary, but as the plot progresses it is apparent that The Conjuring is just as predictable and cliche as any other religious horror film: weird noises are heard, ghosts are seen, someone gets possessed, the family calls in help, an exorcism is performed, and the family lives happily ever after.

If you’re looking for a movie that causes you to sleep with the lights on for nights on end and question every little noise in your home then keep looking, because any fear The Conjuring enduces will fade away within five minutes of leaving the theater.