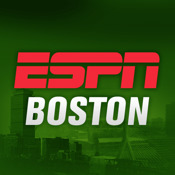 Every year when summer ends and fall begins there are three things that are guaranteed to happen in Walpole:  school will start, the leaves will change, and the Walpole Football team will have yet again another great season.  This year is no different as the Rebels already started their season off strong, defeating Foxboro in their opener 37-15.  And thus, with the talent that Walpole has produced this year, ESPN Boston’s Sports Editor Brendan Hall has picked the Rebels to win the Division 3 State Championship.

Although Hall said in his predictions that picking the State Champion in mid-August is still way too early, he is well aware of the Walpole Football tradition. Despite graduating 17 starters and the Class of 2013–which was considered one of the most athletic classes to come through Walpole High–there still is high expectations for the Rebels.  But that is just the type of program Walpole has: they don’t rebuild they just consistently reload.  With just five returning starters coming back, the Rebels know that they will have trouble succeeding their expectations. On the first day of practice, Head Coach Barry Greener said to his players, “Just because we are Walpole doesn’t mean teams will just roll over.  We have to work for it”.

Hall and many other high school reporters are putting a lot of pressure on the Rebels, who were initially ranked No. 14 in the state in the pre-season poll and ranked in the top 10 in multiple other rankings.  Despite all of this recognition, the Rebels know that they cannot pay any attention to it.  Senior Captain Will Bolster–who hates the fact that Walpole was picked to win the State Championship–said, “We just can not be distracted by all this because if you pay attention to this stuff you will start to think you’re better then you actually are and not play as hard.  Then, the next thing you know you’re playing sloppy and losing games”.  Bolster and the rest of the Rebels hope to maintain this mindset because they cannot afford to be distracted.

However, the Rebels did have a minor setback in their second game against Needham, losing 26-6.  Despite the score, Walpole will most likely never have to play a team this strong in Division 3, but the loss showed some of the growing pains the Rebels will have to go through if they want to be considered the best team in Division 3.  Needham, a Division 2 contender, ran right through the Rebels with one of the best running backs in Massachusetts: senior Mikey Panepinto.  Walpole will also have to play No. 8 Natick before the playoffs begin.

Because of the loss, Walpole knows that a State Championship is a tough feat to accomplish.  The Rebels hope that scheduling of strong Division 2 teams will help them when they face off in less-competent Division 3 team in the near future.  Also, with each game, the Rebels gain valuable experience as they look to combine this with their talent.  Being picked to win the State Championship shows respect to the tradition we have in Walpole, but it also puts a lot of pressure on the young Rebel squad.