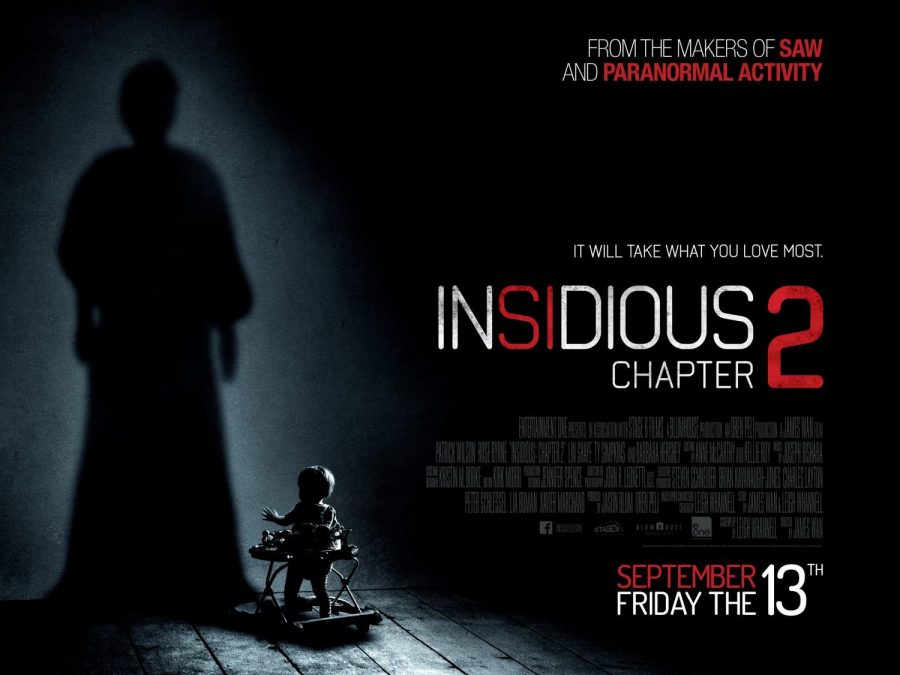 Every couple of years, the horror movie genre finds a new concept that dominates the industry for the next few years. The 80’s were crowded with classics such as Friday the 13th, Halloween, and A Nightmare on Elm Street— in short, slasher films that killed off their entire teen cast. In the early 90’s, films such as The Silence of the Lambs, Misery, and Se7en were among a group of suspenseful psychological thrillers that rely on atmosphere and tension rather than blood and guts. 2004’s Saw reversed this idea, with films such as The Hills Have Eyes remake, Hostel, and Martyrs following its brutal, over-the-top depiction of gore. Recently, ghosts and spirits have found their niche once again, with films such as Paranormal Activity, The Woman in Black, and 2013’s The Conjuring, making audiences fear what goes bump in the night. Although horror movies are notorious for being a dime a dozen, in 2010, James Wan directed a little ghost story called Insidious.

Insidious follows the Lamberts, a typical suburban family that moves into a new house; however, their son Dalton soon falls into a coma that no doctor can explain. Soon after, strange occurrences begin to happen around the house, but as it turns out, it is not the house that is haunted; their family is. They learn that Dalton has the ability to leave his body in his sleep and enter The Further, a ghostly world where dead spirits remain. Though by no means groundbreaking or terribly original, Insidious was a spooky, entertaining box office success (on a budget of only about $1 million, it made $54 million in the United States)– or at least for the first half of the film.

Around the 45 minute mark, the film takes a turn for the worse, becoming more and more laughable as it plows through a disastrous second half. The viewers jump because something startles them, not because the material is scary. The beginning of the movie has some very well-done scares, but less than halfway through, the film falls apart. Insidious’ biggest problem is that it shows too much to the audience–had the film left the appearance of the demons and spirits to the audience’s imagination, it would have sidestepped the goofy ending. The fake looking ghosts and cartoonish demon take the audience out of the film instead of delivering a chilling conclusion.

Insidious: Chapter 2 starts off right where its predecessor left off, acting as more of an addition than a true sequel. Coming out only a few months after James Wan’s massive hit, The Conjuring, Chapter 2 had a lot to live up to, as critics and audiences alike applauded The Conjuring. For viewers who loved the chilling, deadly serious, and truly terrifying mood of The Conjuring, Chapter 2 will definitely disappoint. But if one goes in with an open mind and takes the strange, kooky, and often funny (this time, on purpose) world of Insidious with a grain of salt, it delivers and entertains.

The Lambert clan have moved in with Josh’s mother, Lorraine, after the events that ended the first film. As if her son being in a coma for over three months was not enough, Renai now struggles through police questioning in regard to her husband’s suspected murder of Elise, even though he promises her that it was not him. As to be expected, the hauntings are not over yet, as toys begin to play music on their own and pianos are played in empty rooms.

As a whole, Insidious: Chapter 2 is far less scary than the original Insidious. Though the first film scared audiences with eerie scenes such as voices whispering into a baby monitor and strange figures lurking outside of windows, Chapter 2 focuses on making viewers jump instead of keeping them up at night. And, like the first film, once the viewers see the ghosts up close, they look like volunteers at a local haunted house who had to do their own makeup. There is much more fear in what is not seen, but Wan unabashedly shows everything. Aside from showing too much, the main problem with the scares in Chapter 2 is that the film relies too heavily on getting the audience to jump out of their seats. In doing this, the truly scary scenes are significantly compromised. Images jump out and people appear in the background, but few scenes are truly frightening without the discordant violins making one jump out of his or her seat.

As it turns out, when Josh entered The Further in the previous film to rescue Dalton, he returned possessed by an unknown demon. With the help of Elise’s former colleague Carl, Specs, Tucker, and Lorraine attempt to figure out just who is haunting Josh. Their scenes are the standout in the film due to their heavy atmosphere, taking place in locations such as an abandoned hospital and a dead man’s house. The addition of a second story line outside of the Lambert family is a welcome change, as the first film revolved heavily on only the family.

Throughout the film, the minor characters from the first film are given significantly more screen time, especially Elise’s ghost busting team, Specs and Tucker. The two are responsible for the majority of the film’s comedy, and though their humor seemed out of place in the first Insidious, they are a likable and welcome presence in Chapter 2. The second film does not take itself as seriously as the first one did, which makes it entertaining, not embarrassing, when it goes over the top. In the first Insidious, there is a ridiculous scene where a demon is sharpening his claws while listening to Tiny Tim, but the scene is presented in such a serious manner that it just looks poorly done. However, Chapter 2 is much more self aware, which makes it significantly more entertaining.

Like its predecessor, Insidious: Chapter 2 does not break new ground, nor does it provide anything new or exciting. However, the sequel is a welcome addition to the impending Insidious franchise (the cliffhanger at the end suggests a third film). Though not quite as scary as the first half of the original film, Chapter 2 is solid throughout its entirety, which is more than can be said about the first movie. A third Insidious film is almost guaranteed, but hopefully, the next installment will know when to stop—more often than not, horror films tend to drown in unnecessary and mediocre sequels. Though it has its flaws in how it chooses to scare and a tendency to borrow from other classic horror films, Insidious: Chapter 2 is an entertaining and spooky ride that makes up for its predecessors’ disappointing ending.