London Grammar’s “If You Wait” Stands Strong Despite Comparisons 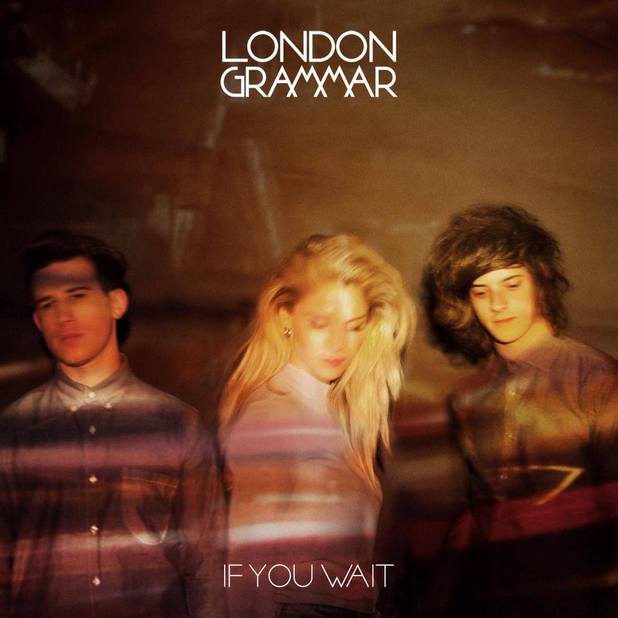 Artwork for London Grammar's debut album, "If You Wait."

Music, like all other forms of art, is constantly scrutinized and compared. Artists often face both critique and praise for how their music is similar to other artists. These critical and constructive comments are crucial to new artists, whose goal is to display a distinguishable style without being instantly compartmentalized with related, yet more successful musicians. British trio London Grammar’s debut album If You Wait, upon its September release, was described by many listeners as a mixture of styles similar to Florence + the Machine and The Xx; however, the variety on the youthful trio’s debut makes it difficult to pin their style to one specific influence.

Hannah Reid’s vocalization, a blend of Lana Del Rey’s low, alluring tones and Florence Welch’s stadium filling power, is encapsulated on “Hey Now,” the first track on If You Wait. Reid’s vocals are initially soft, but build as the jittery guitar riffs and lengthy bass notes intensify. A few other songs on the album follow a similar pattern, specifically the standout “Wasting My Young Years,” an equally powerful track featuring Coldplay-esque piano chords. Fortunately, every song on the eleven track LP is as distinguishable and inventive as the genre it resides under. The group transitions easily from the soft, fast percussion in track two “Stay Awake” to the emotive back-up vocals of track three “Shyer.” The musicianship of the trio is impressive; however, Reid has managed to interestingly vary her singing style as well. The bubbly synths and steady beat of track eight “Metal & Dust” give it an upbeat tone, but Reid’s deep vocals keep it within the realm of the album’s moody atmosphere. The comparison of the singer to Florence Welch is certainly derived from “Nightcall,” a piano driven track that would fit in well on any of Welch’s albums; however, Reid has an individual style that is well exhibited on “Strong,” an uplifting track that displays her broad range as a vocalist.

Though If You Wait features an extensive array of styles, the gloomy air of the music ties each song together – even “Help Me Lose My Mind,” an upbeat collaboration with electronic group Disclosure, and “Interlude,” a captivating live performance, fit seamlessly into the track listing. London Grammar’s mixture of powerful, unique vocals and melancholy instrumentals molds a well-constructed album with few filler tracks. If You Wait is certainly a strong start for the up and coming trio.