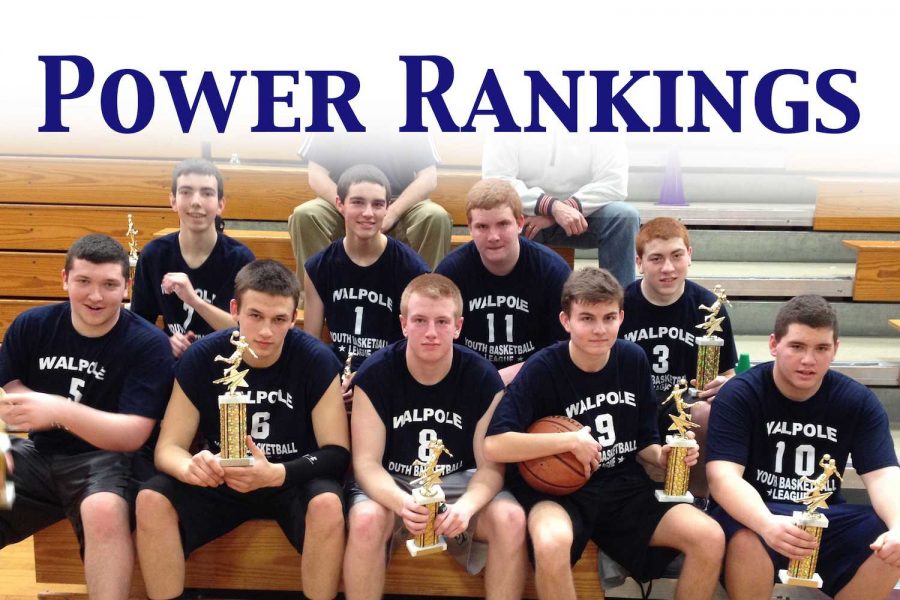 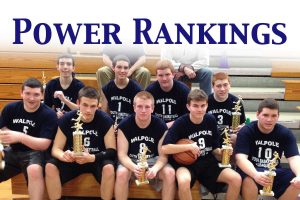 1. Magic (6-0) – Mark Demarias’ mediocre trash-talk and sharpshooting can help the Magic remain unbeaten after this weekend.  Demarias has been a force behind the arc, but needs the likes of Bobby Ross and Will Walker to step up. It will not be easy though, as they face the Mavericks (4-3).

2. Celtics (6-0) – The Celtics remain in the shadow of the Magic after beating up on some mediocre competition.  Not to take anything away from the team, but look for Drew Naismith and Kevin Mansen to continue to carry the load.  This weekend, they will tip-off against the Rockets (1-5).

3. Nuggets (5-2)- Brendon Chaisson and the Nuggets have come out strong the past two weekends.  Chaisson has given the team an extra boost of confidence with his ability to knock down an open three.  The success will all depend on Batman and Robin (Mike Greulich and Steve Lynch), both who have yet to make any significant contributions. Look to see if the dynamic duo can help out Chaisson this weekend when they play the Knicks (2-4)

4. 76ers (4-2)- Steve Phelan and the seven Dwarfs are deep but really have yet to find a lineup that gels together. Grumpy Matt Toti, who’s father coaches the team, cannot hold back his inability to hide frustration after getting blocked by taller defenders.  Look for Toti and Phelan to carry other decent players this weekend against the Sonics (2-4).

5. Nets (4-2) – Colin Murray and the Nets dropped their first game last weekend after a stunning blow-out loss to the Nuggets.  Murray leads the team in points and technical fouls so watch out for a temper tantrum.  With any more technical fouls this weekend against the Lakers (3-2-1), the Nets could have to continue the season without their best player.

6. Mavericks (4-3) – Jack Donnelly leads a confusing group of children in the Mavericks’, whose play has been extremely inconsistent.  The one-two combo of Colton Mitchell and Donnelly has hidden many of their weaker players, but their loss to the Spurs raises many questions as to how far can they carry the team.  Watch to see if the team’s overall play can pick up against the Magic (6-0)

7. Lakers (3-2-1) – Joey Daaboul has led his team to another win over an average at best Spurs team.  Feasting on weaker competition, Frankie Welter, Matt Brownsword and Daaboul have become the three to watch on the Lakers.  Look for a good game against the Nets (4-2) on Saturday.

8. Knicks (2-4)- Timmy McNamara and the Knicks’ play so far this year has been back and forth.  After they were blown out by the Celtics, the Knicks have come back and won 2 out of 3.  They could gain one more win this weekend when they play the Nuggets (5-2).

9. Sonics (2-4)- After they blew a big lead to the Celtics, the Sonics have hit the drawing board on what they can do to become better.  Jerry Louis and Rocco Frattasio have played parts in victories, but have yet to play well together. Expect a low scoring affair this weekend against the 76ers (4-2).

10. Bulls (2-5)- James Smith has done all he can for the Bulls so far this year.  The Bulls rely too much on Smith to score and play defense.  Without Smith, the Bulls would be the worst team in history of the Rec Department.  Even with some help, the Bulls will be going no where when they play the Wizards (1-5)

11. Spurs (1-5)- The Spurs have easily been the worst offensive team in recent memory.  They cannot shoot and seem to be incapable scoring layups.  Pete Hoegler and CJ Weinacht need to pick up the slack on the offensive to dig the team out of the early season hole.  The hole they dug themselves so far seems like it should be getting deeper when they play the Heat (0-5-1) this weekend.

12. Rockets (1-5)-  The Rockets could have been 3-3 if Jon Rockwood hit any of his two chances at game winning shots.  With the help of Ryan Cisternelli and Charlie Dundon, the Rockets have had some success so far this season.  The Rockets could be digging themselves in a bigger hole when they play the Celtics (6-0) this weekend.

13. Wizards (1-5)- There are not enough words to describe just how bad the Wizards have been this season.  Thanks to no shows Aidan Moore and Brendan Sullivan, the Wizards have yet to find an identity.  Look for the Wizards to continue their horrendous start when they play the Bulls (2-4).

14. Heat (0-5-1)- The Heat have yet to show any ability on the offensive or defensive end so far this year.  Jack Lavanchy and Harry Berkland need to step up their game if they want to have any chance in winning at least one game this year. They will  face off against the Spurs (1-5) this weekend.