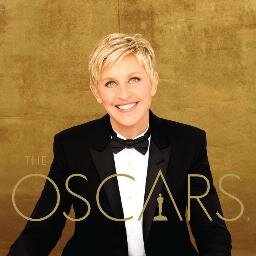 Throughout Oscar history, the host of the ceremony has the ability to make or break the entire broadcast. After Seth McFarlane’s disastrous and highly criticized hosting gig last year (he was racist, sexist, made jokes about domestic violence, and was often just mean), a mannequin could have hosted this year and still have done a better job. But luckily, Ellen DeGeneres hosted the 86th Annual Academy Awards for the second time (her first was back in 2007), and was an entertaining choice who led the most watched non-sports program on television since 2004’s Friends finale.

Ellen kicked off the night poking fun at the celebrities in the crowd (including Jennifer Lawrence, who fell on stage when she went up to accept her Best Actress award last year), and she managed to not fall into insulting territory when teasing the stars, which is more than can be said about most awards show hosts (although one joke comparing Liza Minelli to a drag queen was uncomfortable and the most mean-spirited comment of the night). Throughout the entirety of the night, Ellen focused on portraying the A-list stars in the audience as real people by taking record breaking selfies with them (the photo of Meryl Streep, Jennifer Lawrence, Bradley Cooper, and other stars has over 3 million retweets on Twitter), buying pizza for the crowd, and chatting with the audience members throughout the night, which humanized even the most distinguished names in the film industry.

No matter how charming Ellen was, the middle of the show felt extremely long, as all of the technical awards (which are extremely well deserved but often monotonous for the average viewer) were presented in a row. However, performances of all four Best Original Song nominations livened up the show, as the contenders were extremely strong compared to past years. During his infectious performance of “Happy” from Despicable Me 2, Pharrell danced with the likes of Meryl Streep, Amy Adams, Lupita Nyong’o; contrastingly, both Karen O and Ezra Koenig’s rendition of “The Moon Song” from Her and U2’s performance of “Ordinary Love” from Mandela were tastefully acoustic and understated. Despite John Travolta butchering her name in the introduction, Idina Menzel delivered an awkwardly abridged but nonetheless strong performance of the Frozen’s “Let it Go,” which took home the Oscar for both Original Song (in addition to Frozen’s Best Animated Feature win). Besides the nominees, the ceremony was filled with other musical performances, such as Pink’s tribute to “Somewhere Over The Rainbow” in honor of The Wizard of Oz’s 75th anniversary and Bette Mindler’s performance of “Wind Beneath My Wings” following the In Memoriam tribute.

There were few surprises in the winners this year, and the first award of the night was given to Jared Leto for his critically acclaimed supporting role in Dallas Buyers Club. Leto used his time on stage to deliver an actual speech about his mother instead of a rushed laundry lists of agents, producers, and crew members. The extremely charming Best Supporting Actress winner Lupita Nyong’o (12 Years A Slave) gave the best and most articulate speech of the night when she touchingly reminded people to follow their dreams no matter what. Throughout the awards season, Best Actress winner Cate Blanchett (Blue Jasmine) has been making comments about the treatment of females in Hollywood (such as asking why there are five Best Actress nominees but six Best Actors, and questioning why Matthew McConaughey got more time to speak than she did). Her Oscar speech was no exception, as she commented about a need for more female-led movies because they do, in fact, make money and people will go see them. “The world is round, people!” she added. Best Actor winner Matthew McConaughey (Dallas Buyers Club)’s three minute long speech was filled with a tribute to his late father and a tangent about how for most of his life, his hero has been himself 10 years in the future. And one of the best moments of the night was not a speech at all, but 12 Years A Slave director Steve McQueen’s joyful jump in the air onstage after delivering his speech for the film’s Best Picture win.

All of the wins were well deserved, but there was not a single surprise throughout the night as all of the winners went along with the past award shows and critics’ predictions, and every single winner was almost mundanely predictable. The only shock was American Hustle failing to win a single award despite its 10 nominations. However, there were many landmark wins throughout the night–12 Years A Slave’s is the first Best Picture winner with a black director, and Alfonso Cuaron (Gravity) is the first Latino Best Director winner.

Although it felt longer than usual, the broadcast was leagues better than the past few years (even hosting favorite Billy Crystal disappointed back in 2012) thanks to Ellen’s engaged but understated hosting jobs. She let the focus stay on the winners instead of herself, and broke the trend of performing awkward skits and musical numbers that have become common with Oscar hosts. She saved what could have been a long, boring night, but managed to stay low-key when she did not need to be included in the festivities. The 86th Annual Academy Awards proved to be one of the strongest years in recent history, and thanks to Ellen, will become one of the most memorable broadcasts in years.