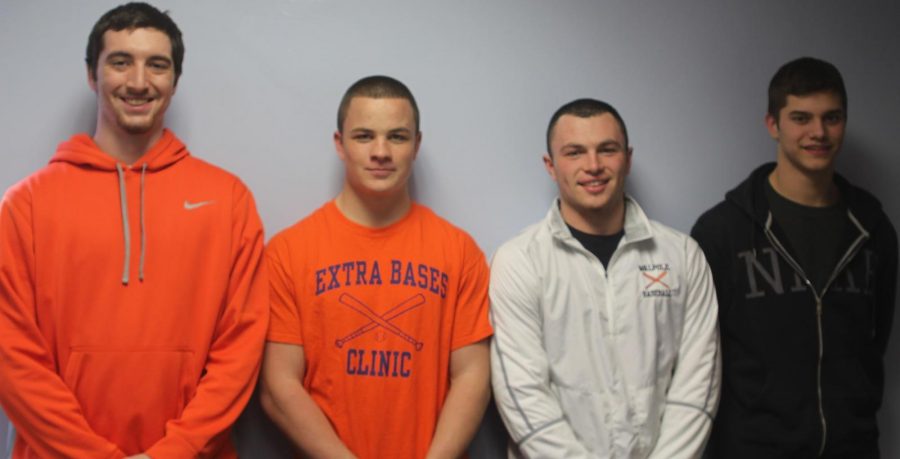 Last year was supposed to be the year.

As the Rebels left Campanelli stadium — a team consisting of a half of the 2007 Walpole Williamsport Team — with their heads down, they knew that Bridgewater-Raynham had spoiled the number one-seeded Rebels’ state championship run. After a 6-0 first inning lead was squandered, the Trojans rallied and held the Rebels to only three more runs for the rest of the game, advancing to the South Sectional Final.

Now, with half of their starting lineup graduated — including collegiate athletes Cam Hanley (Northeastern), Mike Gaughan (Rollins College), and Johnny Adams (Boston College) — the Rebels face an uphill battle to get to where they got last year. Featured returning starters include seniors 2B Bobby Ivatts, LF Connor Moriarty, 1B Brendan Chaisson, P James Smith, P Nick Cordopatri and C Bobby Rabaioli; juniors SS Jack Lavanchy and P James Newman; and sophomore SS Ian Fair. Remarkably, eight of the nine aforementioned returning players play another sport, three of them were captains of their respective sport, and Fair is a junior Captain-Elect for soccer.

“It helps to have a lot of multi-faceted athletes on the team,” said Fair. “We can steal bases, cover a lot of ground on the field, and do the little things that will give us an advantage.”

“What we are really focusing on is our pitching,” said Coach William Tompkins. “We have four pitchers right now — Smith, Cordopatri, Newman, and junior Jack Donnelly — that we really need to step up and fill the spots left open by the seniors. But we need everyone to step up, from pitching to offense to defense.”

Coach Tompkins is back at the helm after coaching the Rebels to their semi final berth while battling a bout with cancer. Still an intimidating force in front of the bench — never more shown than his admonishing of the Hilltoppers last year after an umpire complained —Tompkins hopes to reach the South Sectional Final for the first time in at least the past five years.

“First and foremost we want to have fun and be successful,” said Coach Tompkins. “Then, we want to get to ten wins and get into the tournament. After that, we want to get any Bay State championship that we can and win a few tournament games.”

After losing the Herget crown to Norwood — an away loss to the Mustangs at the end of the season — the Rebels are looking to recapture the Herget from their cross-town foe.

“Norwood’s program has come along way,” said Coach Tompkins. “They are our main competition in the Herget, while Braintree and Newton North are good teams on the Carey side. But, in the Bay State League, every game is a tough game.”