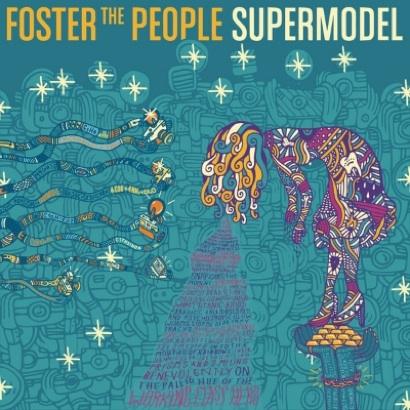 For the mainstream music listener, any song that breaks the standard radio-pop mold is an anomaly.  Alternative songs that edge their way into the top ten are usually not too far from the pop spectrum — they typically feature inspirational lyrics and upbeat yet simple choruses (e.g. “It’s Time” by Imagine Dragons and “Pompeii” by Bastille). However, when Foster the People’s “Pumped Up Kicks” unexpectedly ascended Billboard charts in 2011, mixed reactions arose not only from most listeners because of its radio-play frequency (it’s just one of those songs you either love or hate), but also from their unconventional lyrics — many were outraged that the song referenced a school shooting, despite the overall message being a clear statement against violence.  Though Foster the People did not entirely escape the shadow of their first hit, the diverse and consistently strong album proved that they were more than a one-hit wonder.  With the fame they have already received from Torches, they took the liberty to craft an artistic rather than radio-friendly album in Supermodel, aiming for a more personal style rather than further mainstream success.

Similar to the thudding drums at the inception of “Helena Beat,” Foster’s second album kicks off with a slow build-up to an explosive chorus.  However, the sharp guitar riffs and African-style drums of opening track “Are You What You Want to Be?” distinguish Supermodel as a separate entity.  Vocalist Mark Foster expresses his opinions on speaking out and the importance of being honest with oneself, admitting, “Well I’m afraid to say too much and end up a martyr, but even more so I’m afraid to face god and say I was a coward, yeah.”  Track eight “A Beginner’s Guide to Destroying the Moon” has similar forward lyrics, as Foster urges “Open your eyes and share this burden somehow, are you waiting to drink, or are you ready to drown?”  Both tracks lack the catchy, jovial keyboards the group became famed for after the release of Torches; however, the inclusion of more thought-provoking lyrics give Supermodel a more mature image on the whole.

Despite Foster the People’s inclusion of new influences and less reliance on bass and keyboards, they do not reject their well-known sound. The psychedelic, bouncing vibe of “Best Friend” would fit seamlessly into the Torches tracklist, and the rolling percussion and jovial guitars of featured single “Coming of Age” give it a lighter tone.  Though the album gets a little boring towards the end — the unique high-pitched chorus on “The Truth” is not enough to carry the whole song, and the solemn “Goats in Trees” is five minutes too long — it retains strength in variety.

Supermodel is not a clone of Torches, nor does it come close to being a sophomore slump. Their incorporation of new styles balances well with their commitment to their original sound, adding enough intrigue and variety without it being overkill.  The band’s experimentation does not deter from the flow of the album from start to finish, and delivers a stronger message than their past work, as lyrics are more direct and less vague than those incorporated into their earlier songs (i.e. “call it what you want” and “sometimes I want to disappear”).  Listeners are not left wondering who “all the other kids with the pumped up kicks” are: Foster conveys a clear message of the band’s journey over the years, as expressed in “Coming of Age,” and his battles with personal demons, as portrayed in “Fire Escape.”  Although Supermodel may not be as catchy as Torches upon first listen, it leaves a clearer emotional mark.  Foster the People has clearly come of age.