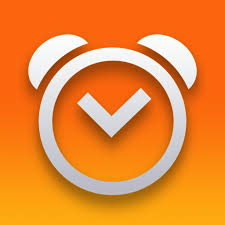 As we enter the time period between April and June, students begin to feel the end of the school year is only getting closer and closer.   With all the pressure put on seniors to decide on colleges, and MCAS testing coming up in early May, the next three months very well may be considered the most stressful time of the school year.   Between extra curricular activities and the loads of homework teens already have, getting the suggested eight to ten hours of sleep a night isn’t as easy as students would like it to be.  Students often blame lack of sleep on sports and late nights finishing homework, but the real reason students aren’t fulfilling the recommended eight hours a night usually stems from pure procrastination.

Regardless of the real reason behind late nights, nobody likes waking up still exhausted from the day before. But what if we could change the way we wake up to prevent those groggy mornings?  With the upcoming technology, it’s only getting easier to track one’s sleep cycle and consequently make everyday lifestyle changes.

Over the past year, sleep cycle trackers have become more popular in the busy lives of students and adults, yet prices as high as $200 make customers think twice before they buy the product. In response, Maciek Drejak Labs created an app, just as effective as high end sleep trackers, for only $0.99.  In the past year, the app has even gained significant recognition from resources like CNN, The New York Times, and BBC.

“Sleep Cycle” works by monitoring the user’s movement in bed to determine when users are in their prime REM sleep hours.  Upon waking up, a person can check the app which then formulates a display of the hours of restlessness or deep sleep.  The app also offers an option to set an alarm which goes off within a 30 minute time period of the user’s lightest sleep, preventing those dreaded tired mornings.  Additionally, the app provides  a collection of soothing music to fall asleep to, for no extra cost.

Students at Walpole High use the app and feel they got a better night sleep the very first night they used it.

Sophomore Sarah Rockwood said, “I realized I really wasn’t getting as much sleep as I thought I was” after she saw on the graphs how restless she was while sleeping.

Is it really possible that an alternative system available for only $0.99 is just as effective as the $200 dollar option?  While the cheap price does attract many more customers, the app surely has its flaws.   The software utilizes the accelerometer in the iphone to detect movement in bed and display that data as graphics.  But, users argue over the extent of accuracy of this motion detector.  With such a sensitive detector, the slightest movement of the mattress could graph as someone waking up in the middle of the night.

Overall, while “Sleep Cycle” has received some criticism, it surely proves to be a great alternative to overpriced products sold by big name brands.  Sophomore Maddie Smith said, “At first I didn’t understand how the graphs worked, but after a couple of nights I couldn’t go to bed without using it.”  With its convenient and accessible features,  it’s sure to be extremely beneficial in the busy lives of students and adults today.