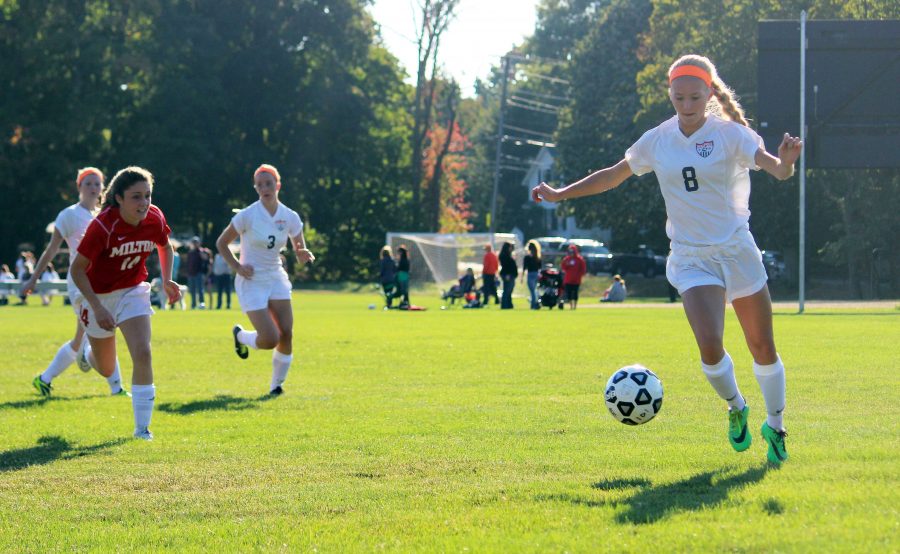 Walpole Girls Soccer shut out the Milton Wildcats on September 19.  Junior Alyssa Rosen scored the first Rebel goal in the first half, while junior Hiromi Kondo notched another in the second half. With a final score of 2-0, the team took the two points to bring them closer to qualifying to tournament. One week later on September 26, Walpole defeated King Philip in a close game that ended 3-2.  The Rebels scored three quick goals in the first ten minutes and held off King Philip as they rallied back with two goals.  Currently, with the win over Weymouth last night, the Rebels are first in the Herget with their record of 7-1-2, and they are two points away from qualifying for the postseason.