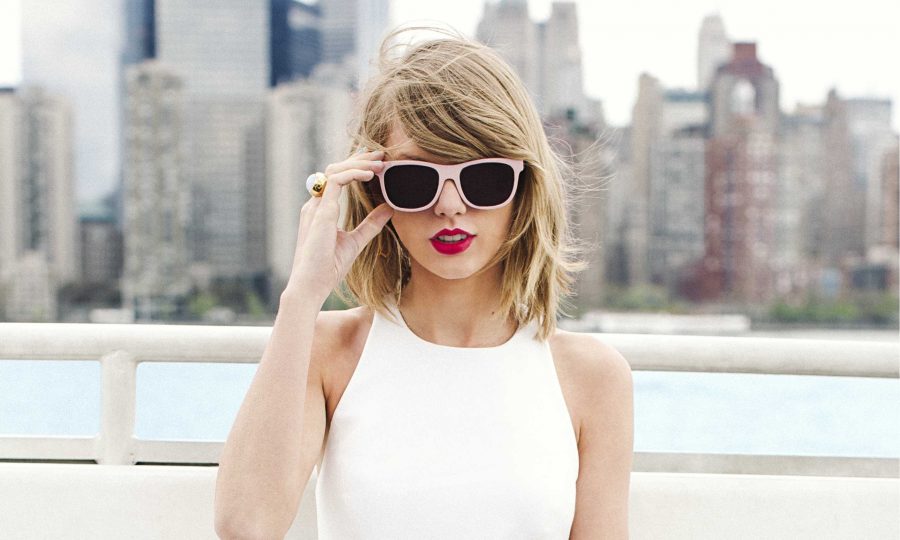 The Eagles’ album Greatest Hits 1971-1975 made music history in 1976 when it became the first platinum album in history — a numerical value of success in the music industry attributed to albums that have sold one million units. Every year, a few standout releases receive the certification and join the elite group that includes a wide range of artists spanning across multiple genres. In 1984, Bruce Springsteen’s Born in the USA sold 15 million records in just over a year; similarly, NSYNC’s No Strings Attached sold 11 million copies in 2000.

Recently though, this trend changed.  Physical album sales declined 18% in 2014.  Even iTunes saw a decline in digital sales, as Apple confirmed that their sales dropped between 11-15% in the first six months of 2014 alone.

Instead of purchasing albums, modern age listeners utilize streaming applications such as Spotify in order to listen to their music, an outlet that is technically legal but barely contributes to the music industry (as artists receive a mere $0.007 per listen of their songs on Spotify).

Due to the drop in album sales, 2014 was poised to be the first year ever with no albums going platinum; that is, until Taylor Swift released 1989, her fifth studio album and first official pop release.

Selling 1.287 million units in its first week, 1989 was a landmark achievement because it not only became 2014’s first and only platinum release, but it also marked Swift’s third album to sell over one million copies in its first week of release.  The only artist in history to ever achieve that feat, she also became the first woman in history to beat herself on the Billboard charts with “Blank Space” replacing “Shake It Off” at the number one spot.

But will Swift be 2014’s sole platinum artist? And despite her success, is the concept of an album becoming obsolete in the digital age?

Swift made headlines on November 3 when she removed her music catalogue from Spotify due to her personal objections with streaming programs. In an op-ed in the Wall Street Journal months before she pulled her music from the streaming site, Swift said that “it’s [her] opinion that music should not be free.”  To her, streaming is no different than piracy and file sharing due to listeners’ ability to get music for free.

Although many people objected her bold move, Swift is not wrong in her assessments; while streaming is an easy and cheap way for people to listen to a virtually endless catalogue of music, artists’ sales are hurt by the miniscule amount of profit they make off of each listen.

“I’m not willing to contribute my life’s work to an experiment that I don’t feel fairly compensates the writers, producers, artists and creators of this music,” she said to Yahoo Music.

Spotify has not responded well to Swift’s move, and their dissatisfaction with her decision does have grounds — according to a blog post written by Spotify CEO Daniel Ek, the company pays artists a total of $2 billion annually. Although Swift is right in her beliefs that music should be paid for, people who do not want to pay for music will find other ways to access it. Even if a listener does not pay for their Spotify subscription, the artist is still getting paid more than they would if the listener pirated the music.

“That’s two billion dollars’ worth of listening that would have happened with zero or little compensation to artists and songwriters through piracy or practically equivalent services if there was no Spotify,” said Ek.

Swift’s decision is a bold statement about her desire to preserve the music industry. For any other artist, the decision would have been extremely risky; however, as her incomparable album sales have suggested, Swift operates on a completely different level than other artists of her caliber. Shockingly, as album sales continue to fall, her sales continue to rise, and each of her albums has had a higher opening week than its predecessor.

Regardless if Taylor Swift decides to bring her music back to Spotify or not, Billboard Magazine editor Bill Werde noted perhaps the biggest reason why no other artists sell albums quite like Swift does is: there simply are not a lot of other artists out there who “are dedicated to and willing to work the way Taylor Swift does.”

From doing free 13-hour meet-and-greets to sending her fans on Tumblr Christmas presents, Swift knows exactly what she has to do in order to maintain her charmingly humble image. She knows that by treating her fans well, she creates a loyal fanbase of people who are willing to shell out money for concert tickets, t-shirts, and physicals albums regardless of whether or not she streams her music.

For many, Swift’s fight against piracy and Spotify seems ridiculous; as a multi-millionaire, what does she have to worry about? But her actions are not just self-serving. As noted by country singer Blake Shelton, “It’s easy to say ‘That’s Taylor Swift — why is she so worried about money?’ But when you talk about other writers and songwriters on the album who aren’t Taylor Swift, it hits them pretty hard.” Swift has an incredible platform that smaller artists do not, and by advocating for the protection of paid music, she acts as a voice for all of the indie bands and singer/songwriters that are hurt by the system but lack the power to change anything.

With a Twitter follower count approaching 50 million, three sold out tours under her belt, and her fifth consecutive platinum release, the future looks bright for Swift. She knows that as long as she treats her fans like her friends and not like faceless customers, she will continue to sell well. But for the rest of her fellow artists who are struggling to even sell one million albums, the future of the music industry will be determined by the trends that emerge in the following years/

Perhaps Spotify will emerge as a positive alternative to piracy; on the other hand, artists are already considering following in Swift’s footsteps in order to preserve the value of album sales. What the music industry needs is more artists like Swift who are not only dedicated to producing genuine music, but are also dedicated to preserving the integrity of music for future generations.