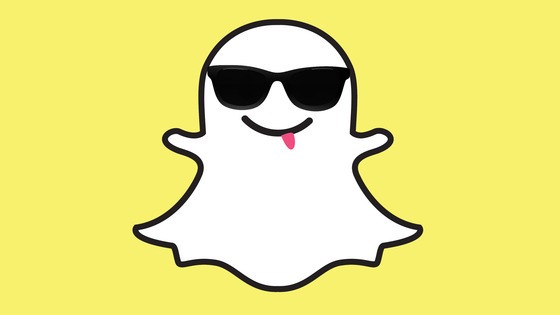 Snapchat is a well known app used for communication without having to actually have face to face interaction. The app lets users send pictures of anything they want to their friends with a custom time limit on how long the receiver can view the image. Along with these images, users can also take videos and use the “paint” button to draw on your pictures.  Snapchat used to only be to send awkward selfies of friends, but users can also chat with each other through a video-chat button that borders on an invasion of privacy. Unlike facetime, this button immediately streams the users video footage to a recipient (as long as the recipient has the Snapchat application active and for as long as the user holds down a button).  Not creepy at all.

While Snapchat sometimes pushes the envelope too far into an individual’s privacy, its recent updates — the introduction of Snapcash and emoji-use on photos — have had mixed reviews.  Although most users have become obsessed with the emoji functionality, Snapcash has yet to prove its usefulness.

ATTENTION: The user can now stretch emojis to cover a person’s face or even put a cute hat on top of someone’s head to disguise that bee’s nest of a haircut.

So, stress no more!

That hideous pimple on your forehead can now be hidden with a flirtatious heart!  How romantic! Along with emojis having the ability to be enlarged or shrunk, users can do the same thing to text. So, when your crush doesn’t respond to your “adorable” selfie, simply print the words “forever alone” on your forehead.  How sad.

Speaking of being sad, are you ever out shopping with your friends and you see a shirt that you LITERALLY NEED – even though you probably have ten of the same shirts at home with the tags still on them. Now, instead of throwing a tantrum in the middle of Forever 21 over a $10 shirt (which will fall apart after one wash), you can call up your mom and have her send you “Snapcash.” After minutes of threatening your mom, that you will “run away and never come back” (no matter how tempting that may seem) she will hopefully download “Square Cash,” which will allow her to literally send you cash via Snapchat.

After displaying all of your credit card information on the Square Cash app (completely worth it?) and enabling Square Cash’s ability to access snapchat, users can then administer any amount of money to their snapchat friends, with just a few quick clicks. Where users would usually type “Who do you like?” to their crush, they can now send money! Woo, amazing! Now you can calm down and buy amazing tops with “Boyfriends Are Recyclable” printed across the front. That’ll definitely show your ex boyfriend (of one week) that you LITERALLY don’t care.

Seriously though, Snapchat has become the trusted brand of Emoji-use, selfies, and stupid videos, but it still has not legitimized itself as an application trusted by users with their credit card information.

Being able to cover embarrassing facial features or just your face in general will be very helpful in the future (aka 24/7). All the spoiled girls going holiday shopping for their “family” (which really means seeing what outfits would look totz cute this summer!) can be worry-free about spending all the money on your card. With a few fake tears and heartbreaking Snapchat selfies, you will have more money in no time!  Or not.