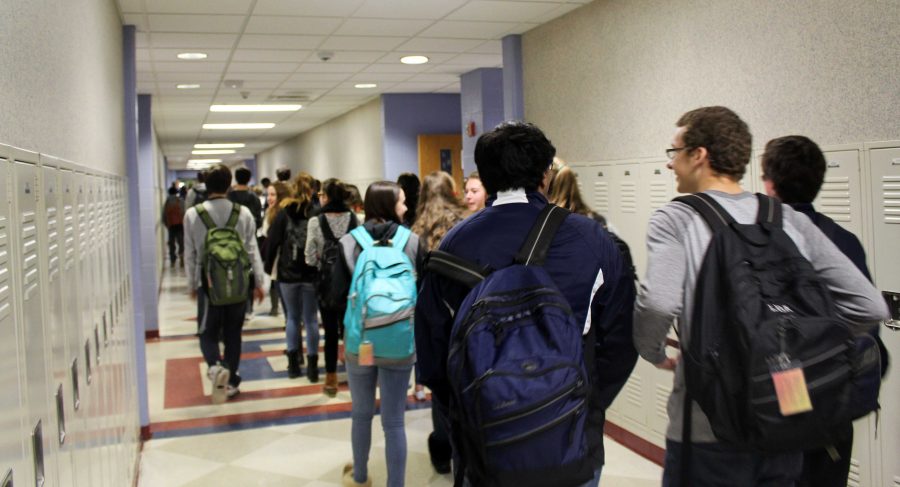 Students were polled on Monday, September 14, during Third Lunch.

Question: Based on the controversy surrounding the confederate flag and the rebel mascot, what do you think Walpole should do about the Rebel name?

Senior Noelle Auditore: “Nothing should be done. Rebels has been the name forever.”

Junior Tess Erwin: “Keep it because Walpole itself didn’t ruin the reputation of the name. It’s the outside people who give the name a bad connotation.”

Senior Maddie Smith: “I don’t think it should be changed because we have been the Rebels for so long and our name does not associate with the confederate flag.  They are two separate things.”

Anonymous: “Don’t change it because if we change our name, it would cause a lot of problems and create even more opposition.”

Sophomore Brendan Reedy: “Keep it, because I like it.”

Sophomore Armand Caloumenos: “It has been a sign of Walpole for many years.  The name should stay.”

Freshman Deirdre Erwin: “Keep the name.  It shows who we really are.”

Freshman Sam Thorsen: “Keep the name because we are the Rebels.”

Sophomore Jonathan Foti: “Take down the flag.  Keep the name.”

Sophomore Brynne Bergen: “Keep it the same because we already spent so much money on uniforms and our fields; if we change it, we are ruining our reputation.”