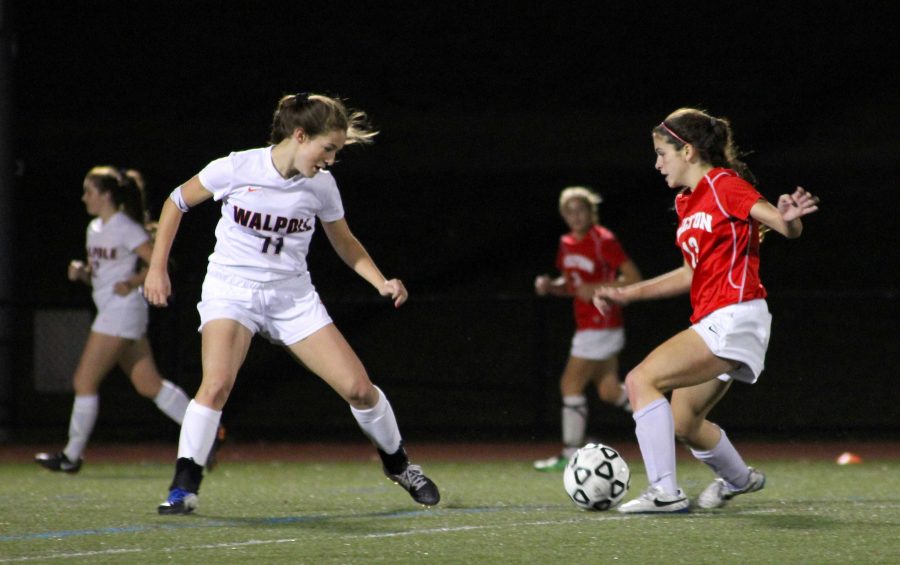 Walpole Girls Soccer held their annual “Senior Night” game on the turf against Milton at Walpole High on Tuesday, October 20 at 7:30. The game ended in a close 2-1 win for the Rebels with seniors Julia Sandquist and Alyssa Rosen scoring the goals in the first half. With ten minutes remaining in the second half, Milton player Sophie Cousineau had an opportunity to score, but was shut down by Walpole goalkeeper, Kaitlin Brown. In addition to the victory, Walpole tied Hopkinton last night 0-0 to officially qualify for the tournament.  The Rebels now hold a record of 7-5-4.