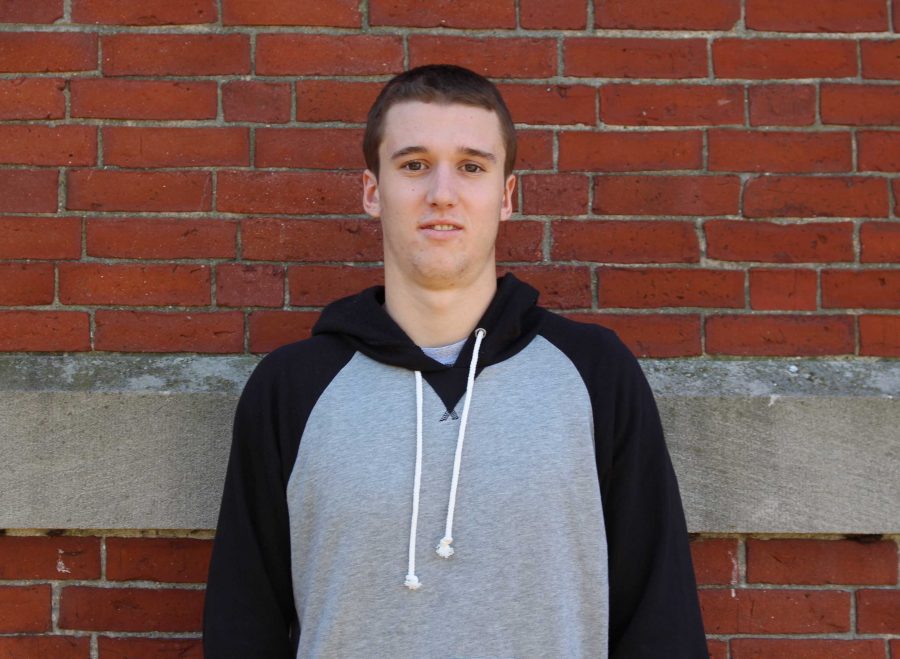 There are only a few weeks left in 2015, and winter sports at Walpole High School are already underway. With the start-up, Walpole Boys Basketball faced off against Natick on Friday, December 11. That night, the Rebels brought home their first win of the season over the Red Hawks, 75-54. Throughout the whole game, the Rebels seemed to be in control with an unstoppable offense as well as defense that got the job done.

The game started off on a high note with who else but senior captain Kenny Uhlar scoring Walpole’s first points of the game and the season. Soon after, halfway through the first quarter, the Rebels were able to expand their lead to 11-4.

For anyone who was watching the game, Walpole looked ready to play, for the team continued to shut down the Red Hawk offense and forced the Hawks to call an early timeout after scoring only four more points.

“We were playing really strong, and it was great,” Uhlar said. “I did not want [the team] to give up.”

With a temporary relief, Natick was able to stop Walpole’s next two drives on top of scoring three more points.  However, a vital charge from sophomore guard Aidan Chariton re-energized the Rebels and quickly turned things around. They topped off the quarter with a score of 21-11.

To start off the second quarter, junior guard Ike Shepherd, took another charge that only added to the Rebels’ increasing momentum.  Shepherd’s charge as well as Chariton’s quieted the Natick crowd who started off the game yelling loud chants like “Mashed potatoes” and “pumpkin pie.”

While the Red Hawks and their crowd were losing energy, the Rebels were seeming to gain it.  With every bucket and success, Walpole’s bench went crazy.

“The bench’s energy is always important.  It gives all the players on the court a lot of confidence, knowing [the bench] is full of teammates who have their backs,” said sophomore guard Aidan Chariton.

The Red Hawks did cut the lead to one point at 25-24, but Walpole responded by piling on the points and taking Natick into the half holding a 39-29 lead.

At the start of the third quarter, Walpole did not let up.

Junior guard Luke Esty gave the Rebels their first points of the quarter thanks to a swish from the short corner with a defender in his face. As the quarter went on, Walpole’s offense continued to outpace Natick’s, with a sixteen point lead of 48-32.

After a timeout, Natick’s offense picked things up, but their defense gave up major points. Starting with a Natick bucket from behind the arc, a three-pointer competition began.

Senior guard Kyle Healy answered with a three of his own, but Natick responded with another. Healy then gained possession of the ball and launched up a shot so far behind the three-point-line that it seemed to be from the parking lot that went in. Who would win this mini-competition would be answered soon, but not yet, for Natick hit another three.

Walpole hit another, stopped Natick’s next attempt, and then hit another successful three. After the third quarter, the scoreboard read 63-41 in favor of Walpole.

The last five minutes went by fairly quick, and Walpole was able to close out the game with 75-54 win: a sign for the makings of a great season ahead for the Rebels.

Several components played key factors to the Rebels victory besides their incredible offense. Walpole was 25 for 30 from the foul line. Not only is that amount amazing, but the mere fact that they were able to get to the line 30 times shows how the Rebels were not hesitant to take the ball to the rim.  Two outstanding players for Walpole were senior captain Kenny Uhlar and junior Ike Shephard. Uhlar finished the game with 26 points and 16 rebounds and Shephard finished with 19 points and 15 rebounds.