Should Walpole Have a Two Week Vacation in March?

While most public schools go on vacation for one week in both February and April, many private schools go on break for two consecutive weeks in March. After February break and as April break approaches, the thought of having a single vacation in March resurfaces. Weighing the pros and cons, the idea of this two-week break could spark discussion about a change among students and administrators. 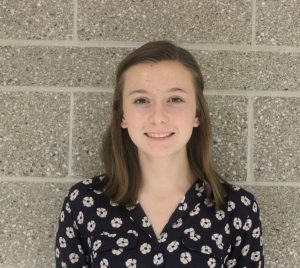 A two-week vacation in March would be better than the current one-week vacations we have in both Feb. and April. A March vacation would be the best option for two main reasons: the length and the timing.

Combining the one-week vacations in Feb. and April into a single two-week vacation in March appeals to many students, mainly because they prefer a longer time for break. By the time most students finally start to relax during vacation, it’s over, basically rendering the “rest time” of vacation useless. A two-week vacation gives students more time to settle into a normal routine of sleep; additionally, for obvious reasons, a longer break equates to more time to refocus and take a mental break—which most students would agree is much needed.

However, one longer vacation time is more useful for a practical reason: college visits. For juniors, and maybe sophomores and seniors, vacations are times for visiting schools. Planning trips is no easy task, either. For many people, vacation presents a good time to visit schools that aren’t local, which means long drives and overnight stays in hotel rooms. These students are also probably visiting multiple schools on these longer trips in order to make the most of their time. A longer vacation means more time to see schools and less of a rush to get onto the next tour and information session.

Aside from the many benefits of a longer vacation, the timing of the proposed two-week vacation (in mid-March) would work well for student-athletes and their coaches. Right now, the one-week vacation in Feb. is at the end of the regular winter sports season. Most teams are still practicing— many in preparation for playoffs and tournaments. The fact that Feb. vacation falls at the end of the winter sports season makes it hard for athletes and coaches to really get a break during vacation, as they have to work around practice schedules during the week. A two-week vacation in March, on the other hand, would fall perfectly after the winter season is completely over and before spring sports start up.

Overall, because of both the timing and the length of the two-week vacation, WHS students and faculty should seriously consider transitioning to a March vacation rather than the current one-week vacations in Feb. and April. 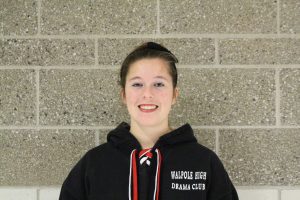 The Walpole Public School district should not implement a two-week March break in place of Feb. and April breaks. Eliminating the one-week break every couple of months would force students to go to school for longer periods of time between vacations. Having to attend school every week from Jan. to March—and then from March to June—with only the occasional long weekend to relieve students would be a difficult transition for students to adjust to. Furthermore, long breaks create issues for students when they are suddenly back in class, a sharp contrast from relaxing at home. Coming back to school after only a week off is challenging enough—one can only imagine how difficult the transition would be to go back to the rigor and stress of school after two full weeks of rest and relaxation.

As of right now, sports and activity schedules are adjusted for Feb. and April vacations. Eliminating the routine and making such a major change to the schedule will likely inconvenience teachers and coaches. Since school will be closed for two weeks, more students’ families may take the opportunity to travel or visit colleges, making it difficult to schedule practices and meetings for sports and extracurriculars. Lack of attendance at practice and direction for two weeks may result in a team losing a game, or clubs such as Dance Company and Drama Club having to push back their performances.

Having a two-week break in March may seem more convenient for college visits; however, students who wait until March to start touring schools will have little time for relaxation during their break and will not have time to let the results of their tours resonate. For students visiting colleges, scheduling a few tours in February and a few in April allows them more time for friends, family and relaxation. It  will also allow them to really think about the schools they’ve seen, since there will be more time in between tours.

A two-week March vacation would not be as rewarding as two separate vacations. The school year that students are accustomed to, that allows teachers, students, parents, and coaches to work efficiently, plan ahead, and look forward to time off every few months would be completely rearranged. In the future, public schools should maintain the one-week vacations in Feb. and April.