Drama Club Prepares For Their Annual Winter Musical, “Once On this Island” 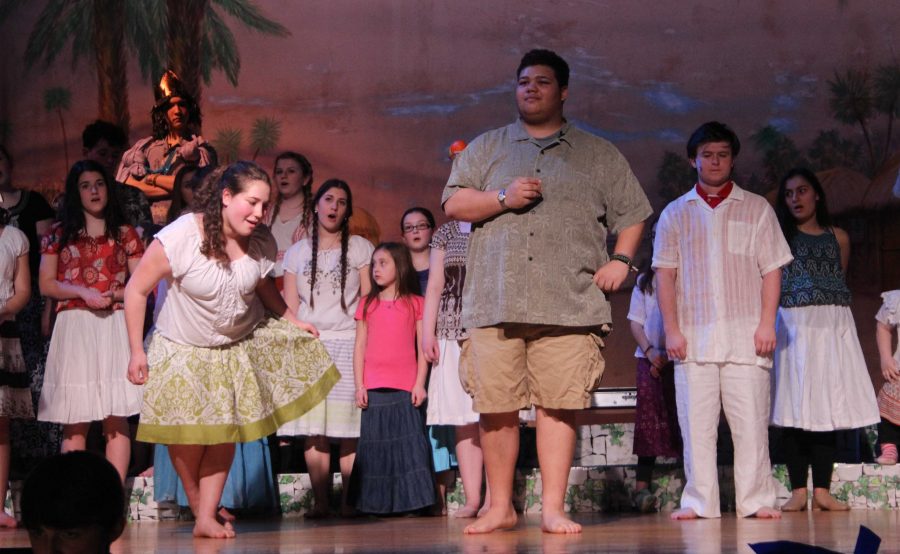 On Saturday March 12 at 7:30 p.m. and Sunday March 13 at 3:00 p.m., the Walpole High School Drama Club will be presenting its winter musical, “Once On This Island.” The musical takes place on an island settingand is centered around a story of a young peasant-girl named Ti Moune, who falls in love with a rich boy.

Although each drama production throughout the years has varied, this year’s show differs greatly from those in years past due to its shorter length and simplicity.

“The last two [shows] had very complicated settings, multiple location scenes and difficult costumes and effects. This show is a single set with much simpler costuming. There are few effects and the show is more focused on music and dancing with less dialogue,” said Drama Club Adviser, Jim D’Attilio.

In addition to its more simplistic dynamic, the production crew also has a new music director—Ashley Prickel. Prickel is a new teacher at WHS as of Fall 2015, and her presence coupled with her musical guidance have made positives impact 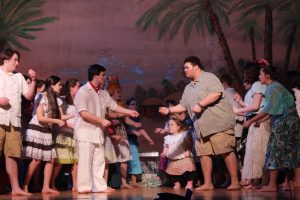 s on the drama club specifically.

“I think the show is coming along well, but thanks to Mrs. Prickel, the show has become more efficient, and people have come to enjoy the show more with her company,” said Meredith LoRusso, who plays the female lead, Ti Moune, in the musical.

Throughout the remainder of this week, the Drama Club members will be working on  polishing the show in preparation for their weekend performances.

“I am ready, but then my job is nearly done. I think everyone involved is ready and I’m confident that both performances will be excellent,” said D’Attilio.