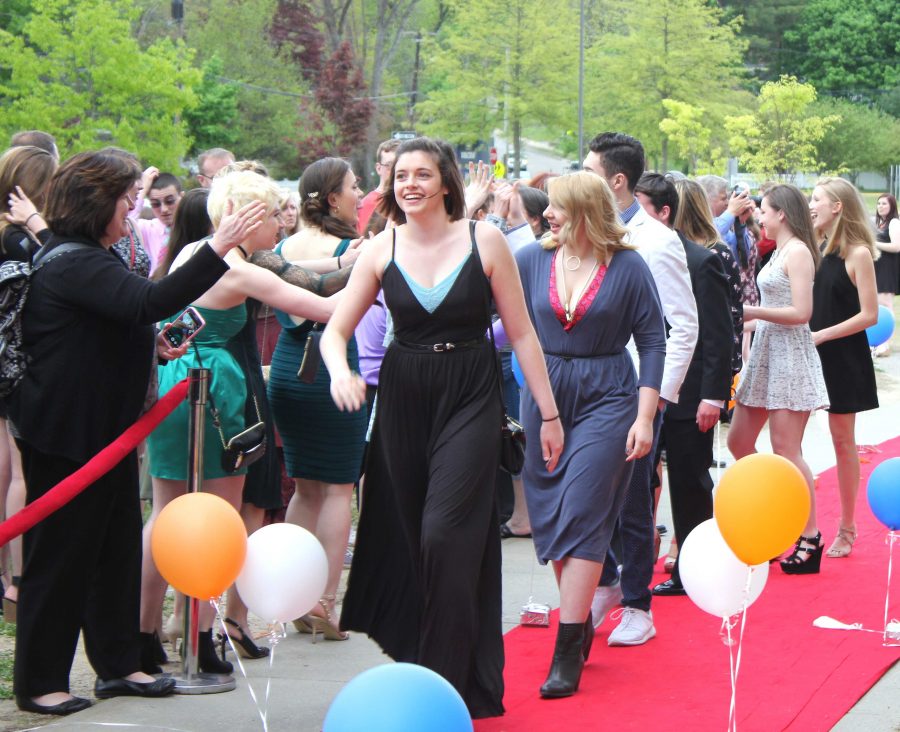 The fourteenth annual Walpole High School Film Festival did not fail to impress with its ten diverse and entertaining movies this year; however, there were many new behind-the -scenes influences that brought new dimension to the festival as a whole. For one, this year, the crews transitioned to a new dual audio system that bettered the audio quality of the films, which required a greater time commitment than in past years. Additionally, there were three documentaries featured in the festival, “Loss and Love,” “Pride” and “We are Strong,” which all covered powerful topics and portrayed their messages meaningfully.

“[These three movies] opened up a new avenue for documentaries in the future; traditionally we have made documentaries on sports, yet these three explored very different and relevant topics as well as emotions that everyday students deal with,” said Michael Alan, Film Festival advisor.

Junior Liv DiPasca co-directed one of this year’s documentaries,  “We Are Strong.”       “We made this movie with the intention to hopefully eliminate some of the negative stigma that surrounds mental illness and open up the discussion about mental health,” said DiPasca.

Two of this year’s documentaries, “Pride” and “We are Strong,” were featured alongside the movies “Static” and “RuFiske Cube” at the ever-anticipated red carpet awards ceremony, which took place on Thursday, May 19. The ceremony was orchestrated differently this year because awards were presented in between films as opposed to in past years where they were distributed after the conclusion of the movies.

Another new aspect of the festival was the distribution of awards. This year, the awards were given out by Walpole High School alumni who attend or attended film school and work in the film industry.

“Seeing all the hard work everyone put in throughout the year shine on screen was truly mind blowing,” said senior Katie McGovern during the acceptance speech for the Best Picture award.

Played between movies, there was a multitude of Top Secret Trailers (TSTs). Among them was “Mad Max,” which cleverly cut together scenes of senior Max Simons yelling and arguing. In addition, “The Redenant”—a play on “The Revenant”—featured junior Nathaniel “Red” Kelley’s journey into the woods and encounter with a “man-bear” played by junior Ryan Betro.

Nathaniel Kelley, the lead actor in “Adventure Club” and the star in the TST “The  Redenant,” said, “I think that the film festival is a really great thing because [having] something that students, faculty and the community as a whole can get behind and be a part of really shines a light on how great Walpole High really is.”

Whether with these cleverly named trailers or with senior Rich Meneide’s signature and strategic consumption of Utz chips in most of the movies, the film festival proved to be an event that kept audiences engaged throughout the course of the night.