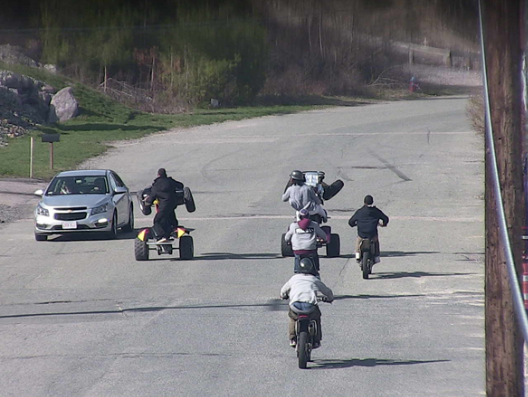 The Walpole Police Department took 14 members of a bike gang into custody, with 4 members sent to the Walpole Station and the remaining to Foxboro on Sunday, May 15.

The suspects allegedly have some connection to “Bike Life,” a national organization where members drive on streets with dirt bikes and ATVs, disobeying traffic laws and other vehicles on the roads.

“The Bike Life crew was a problem because they were dangerous, have criminal records, some involving firearms and drug law violations, and presented many public safety concerns,” said Walpole Police Department Chief John Carmichael.

The activity transpired on Renmar Avenue near the Little League fields at West Street. After receiving many complaints from different communities, Boston Police Commissioner Williams Evans decided to engage in surveillance of the activity. According to Carmichael, Bike Life has been active during the weekends when the weather cooperates.

The most prominent reason for complaints from residents was the screeching of tires and the loud mufflers on the bikes and ATVs, which disrupted their daily lives.

According to Carmichael, the suspects have been practicing around the area of Renmar Avenue for about 3 months. The bikers have been in groups as large as 200 people when they came in contact with the police.

“The Bike Life crew members were respectful when dealing with the police; however, we had several incidents of the group surrounding our officers and at one point heard shots fired in the woods behind where they were being dealt with,” said Carmichael.

There are quite a few teenagers who bike in Walpole, a majority of which are respectful. Biking usually occurs in the Town Forest, Adams Farm, and at the high tension lines that can be accessed by bikers; however, every dirt bike needs to be registered with the Police Department or else the biker may risk an infraction with the law.“It is unlawful to ride ATVs over town land and private property without written permission,” said Chief Carmichael.

As for teenage bikers around Walpole, they tend to stay away from high tension wires and off road paths. The Police Department does have limited resources to deal with these problems, but the Walpole teenagers are usually not the issue.

There are some who may bike on private property with permission and some who ride in areas such as the Town Forest, Adams Farm, or the high tension lines in the woods but they are all respectful of people and property.

“I usually ride in nearby woods and some local spots around town,” said Junior Hugh McMackin. When asked if he ever received complaints, Hugh said, “Not often, just once about being too loud.”