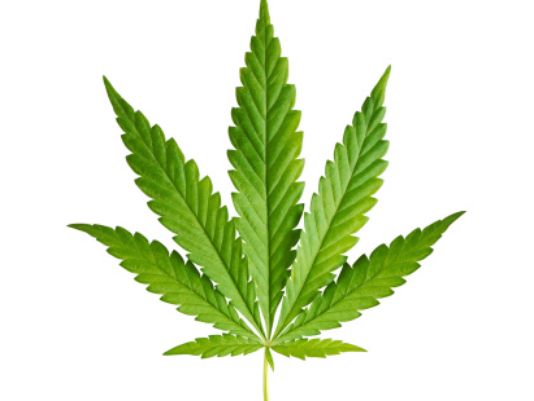 With Election Day rapidly approaching, the country is involved in a major discussion on who to elect to be the next President of the United States. November 8th also marks the date for major decisions in Massachusetts regarding slots, charter schools, farm animal containment, and finally, Question 4, the legalization of marijuana.

By Kayla Frost and Lindsey Sullivan

A yes vote on Question 4 would allow for the regulation of recreational marijuana, ensuring safe products, a lower health risk, and various economics benefits. Marijuana in its pure form is less harmful than alcohol, so the illegality actually creates more of a danger surrounding the underground system of purchase than the consumption of the drug. If legalized, then the product would only be available to adults over the age of 21.

A common argument against legalization is the misconception that marijuana is an addictive gateway drug. In fact, Leaf Science shows that “only 9 percent of adults who use marijuana will become addicted,” and the addiction is often due to outside factors such as genetics or environment, not necessarily from the drug itself. According to the National Cancer Institute, not a single person has ever died from a marijuana overdose, because “cannabinoid receptors, unlike opioid receptors, are not located in the brainstem areas controlling respiration, lethal overdoses from Cannabis and cannabinoids do not occur.” Marijuana is a substance far less addictive than alcohol, or even the caffeine in coffee: both legal drugs.

In fact, according to the National Institute on Drug Abuse, the majority of people who use marijuana do not advance to harder drugs any more often than someone who has smoked a cigarette, or drank alcohol. Also, according to the New Health Advisor, there is no proven link between marijuana and lung cancer.

Another common argument against the legalization of marijuana is the health risk; however, marijuana has been proven to treat Glaucoma, a condition that causes gradual loss of sight, stop cancer from spreading, control seizures, burn fat, and increase mental creativity. The symptoms of smoking marijuana most commonly include red eyes, fatigue, dry mouth, and increased heart rate: symptoms that do not have enough severity to trump the benefit of marijuana on various illnesses.

As well as improving the safety aspect of marijuana, the legalization would also raise millions of dollars in taxes for the state government. Legitimate businesses that produce and distribute the drugs would also create jobs for Massachusetts residents, and could potentially create a $1.17 billion industry if the market grows as expected, similar to Colorado, where the sales of recreational marijuana “topped $996 million last year” according to the Boston Globe.

Citizens of Massachusetts must vote no on question 4 and stop the legalization of marijuana. Marijuana should not be legalized for recreational use, for this legalization will just lead to future problems for our state. Some may say that legalizing marijuana will decrease the abuse of this drug and will encourage to use the drug in a safe way; however, even though this statement could be true, it will only lead to the legalization of more serious drugs. If we legalize marijuana now, what will be next? Cocaine? Heroin? We have to stop this toleration of drugs now, before it goes too far.

Furthermore, people do not realize that marijuana is very toxic itself. The main ingredient is tetrahydro-cannabinol (THC), which is a mind-altering substance, and the percentage of this ingredient in marijuana has been increasing steadily over the years. Additionally, 25-50% of daily users of marijuana become addicted, according to the National Institute on Drug Abuse. This percentage is dangerously high, and therefore shows how threatening marijuana is, and that it should not be legalized.

Lastly, this law would make it easy for young children to obtain this drug and abuse it. Although this law makes it legal only for those who are 21 and over, many teenagers have fake IDs and will easily be able to buy the drug. Moreover, it is a real possibility that older siblings could buy the drug and then give it to their younger sibling to abuse. All in all, marijuana is a dangerous drug and the legalization of this drug for recreational use for 21 and olders will simply lead to more problems that we will have to fix in the future. Vote no on question 4.