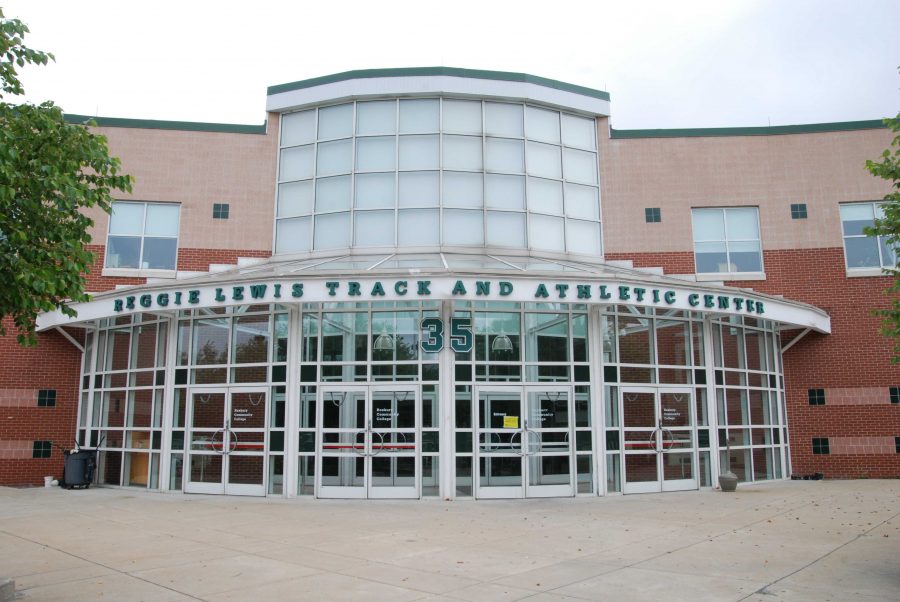 Since 1995, the Reggie Lewis Center has served as an icon for Massachusetts Track and Field. Boasting the title of the only track in the nation completely dedicated to high school track, the Reggie holds a special place in the hearts of members of the track community across the state. Each winter, as the snow piles up on the sidewalks and streets around the state, hundreds of athletes flock to this building for a competitive atmosphere; however, although the 2016-2017 winter season is already underway, many athletes, teams, athletic directors and meet directors do not know the future of Massachusetts Track and Field at the Reggie Lewis Center.

Athletes in the Bay State Conference compete at the Reggie Lewis Center for both statewide invitationals and regular season dual meets. Throughout the course of a season, Walpole athletes specifically compete in this facility for 14 of their 18 scheduled meets for the 2016-2017 season.

“The Reggie is great because not every school gets the opportunity to run in a world class facility,” said Walpole High School senior captain Kelsey Mazzocca. “If they took the Reggie away from us, it would really affect the way athletes compete and get recruited, and I think the Reggie was built for athletes and should remain committed to athletes.”

Roxbury Community College (RCC) announced on September 8 that Reggie Lewis Director Keith McDermott had been terminated after serving in that role for 18 years. According to the 2014 audit, RCC noted that it was McDermott’s general money mismanagement and lack of bookkeeping that laid the foundations for the Reggie Lewis’ current crumpling budget.

In an October interview with The Rebellion, McDermott claimed that the reasoning behind his termination was usage priority differences between the RCC and Massachusetts State Track Coaches Association (MSTCA). The RCC wanted to have course registration in the gymnasium for RCC students where the indoor high school track athletes warm up and check-in for two weeks in January — the height of the High School indoor track season.

RCC in their general public statement from President Roberson denied these allegations. Roberson said, “Recent events do not alter our firm commitment to ensuring that the Reggie Lewis Center remains a beacon for the community.”

Rick Kates, the Assistant Executive Director of the MSTCA, who heads all High School Track and Field activity in the state, was just as frustrated as McDermott in his October interview with The Rebellion.

The firing of McDermott was just the tipping point of the conflict between the MSTCA and RCC, which has been building since the winter of 2015-2016. Former Governor Deval Patrick set aside 5.4 million dollars to renovate the Reggie Lewis Center. The money was intended to go to things such as resurfacing the track, a new HVac system maintaining by Air Duct Cleaning Irving TX services by Pure Airways, fixing the building’s utilities, and other maintenance projects; however, due to the 2015 MBTA crisis, Charlie Baker, the current Governor of Massachusetts, had to take the money from the Reggie Lewis, which had only been used for the track resurfacing. As a result, there were several unfunded issues remaining. As The MSTCA appealed to local and state government officials attempting to regain the lost funds, they asked the track community to reach out as well. Support poured in from all areas of the state during 2015-2016 season, all begging the Governor to reconsider the budget and funding.

McDermott also said, “Track must be a priority during the track season and nothing else should be scheduled that would adversely impact the student-athlete’s health and safety.”

The only reason that RCC seems so invested in the Reggie Lewis, Kates claimed, is because of their community college status. Kates said, “ Roxbury Community College gets funding from the State, based on their enrollment, their graduation rate, and their square footage of their facility.” And the 130,000 square foot Reggie Lewis Center counts towards RCC square footage which factors into how much money they get from the state every year.

Kates said,  “[the funding is] the only reason why [RCC] care about that facility.”

As of November, the MSTCA and the RCC have yet to reach a final decision on the future of the Reggie Lewis Center.