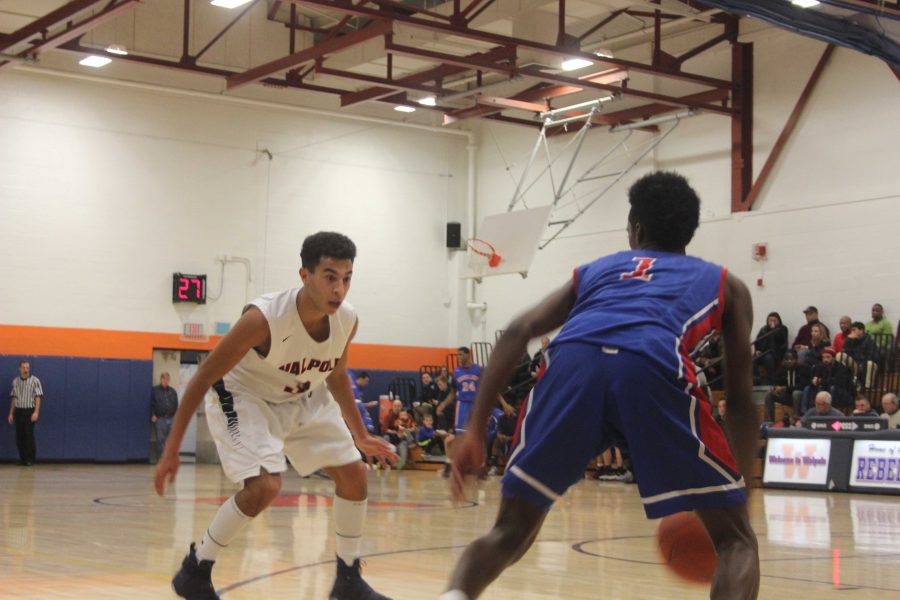 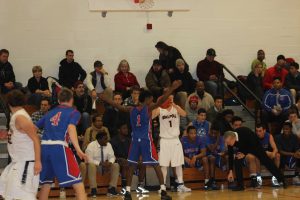 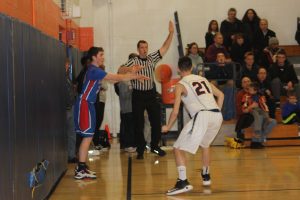 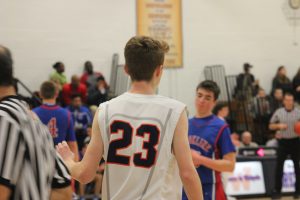 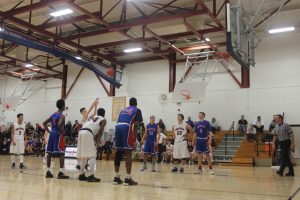 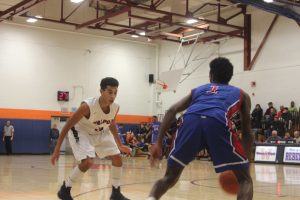 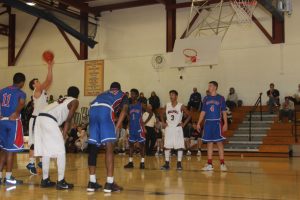 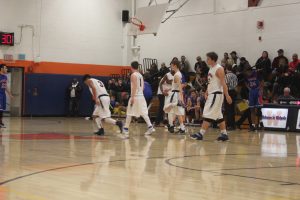 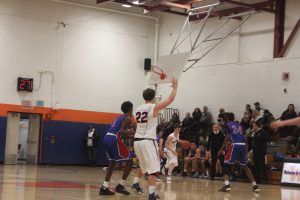 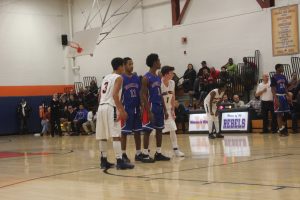 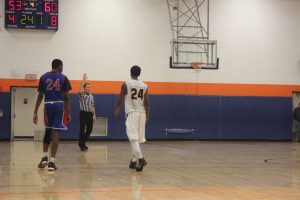 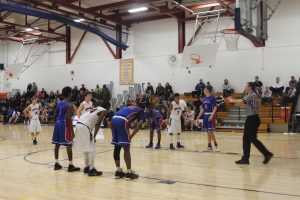 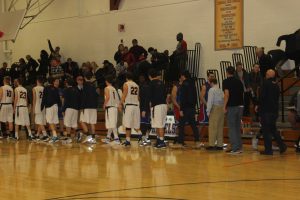 In their second home game of the season, the Rebels lost 70-60 to rival Bay State opponent, Brookline, on Friday, December 16. After winning their first game against Bishop Feehan, 60-50, Boys Basketball was eager for another win to tack onto their 1-0 record.

At the end of the second quarter, Walpole took the lead with a shot from junior Trey Wilkes after being behind the entire quarter. The score now 24-23, senior captain Ike Shephard netted another basket to put the Rebels up 26-23. Unfortunately, Walpole let up a three, and Brookline tied up the game, 26-26, with one minute left in the quarter.

“We played hard, but we just got lost in translation and gave up too many fast break points,” said senior captain Luke Esty on Walpole’s offense.

After being neck and neck for the first half of the game, Brookline was able to get more shots off. With 3:41 left in the third quarter, Brookline tied up the game 36-36. From then on, it was downhill for Walpole. Brookline led by at least six points for the rest of the game.

At the end of the third quarter, Brookline controlled the lead and scored a buzzer beater as well to make the score 47-42.

Sophomore Matt Falvey said, “I thought we played hard but just could not get enough of our shots to fall.”

Unfortunately, the fourth quarter was not any better for the Rebels as they could not manage a substantial comeback and the game ended with a final of 70-60 — Walpole’s first loss of the season.

Top scorers of the night were seniors Von Klock with 17 points, Shephard with 15 points, and Esty with 14 points. Despite Walpole’s best efforts, they weren’t able to match up to Brookline’s strong offense.

“I thought they’re a very good team, I thought we competed really well tonight,” said Coach Dave St. Martin. “We had a couple of missed layups and shots away from retaking the lead, but I liked the way our kids competed tonight.”