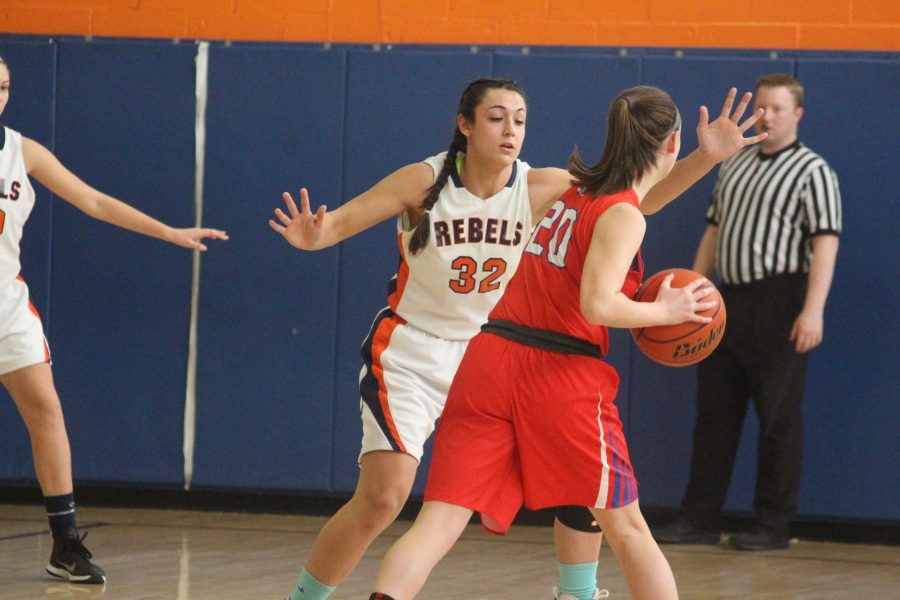 After ending the regular season with a record of 12-8, the Rebels notched the 11 seed in the Division 2 State Tournament bracket. After two upsets over higher seeded teams from O’Bryant School of Mathematics and Science (6)  and Falmouth High School (3), the Rebels’ season came to an end on March 6 against the 7 seed Westwood at Massasoit Community College. Walpole fell to the Wolverines in a very low-scoring game ending 36-32.

“We struggled to get our offense going early and as the game went on it became more of a defensive battle which unfortunately didn’t result in the outcome we wanted,” said senior captain Kelly Fogarty.

Walpole started off their playoffs on Thursday, March 2 with a 40 point upset over 6 seed John D. O’Bryant School of Mathematics and Science. Ending with a score of 68-28, the Rebels finished the first quarter at 31 points and kept a steady lead throughout the rest of the game.

Following the win against O’Bryant, the Rebels traveled to the the Cape to play the 3 seed, Falmouth High School. Led by strong performances from underclassmen Jillian White with 14 points and Sydney Scales with 12 points, Walpole upset the higher seed with a score of 53-31.

Senior captain Melanie Weber said, “I am proud of how far we came since the beginning of the season and the improvement we made as a team. The strength from the underclassmen makes me confident the program’s success will only go up from here.”