Just Like Magic: The Orlando Magic Are the 2016-17 Rec Basketball Champions 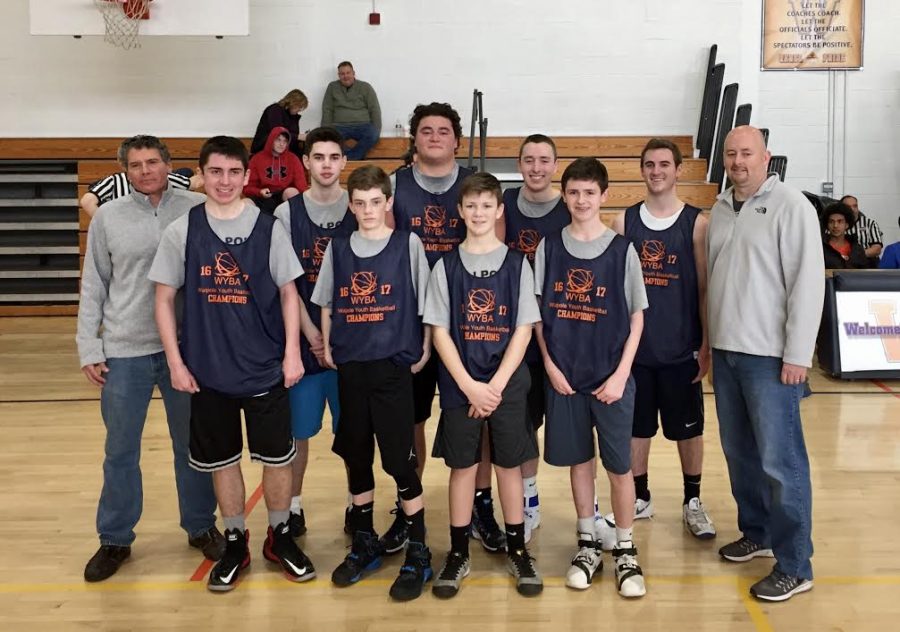 The Walpole Rec basketball season finally came to an end on Saturday, March 4. Both the semifinal games and the final game were played with the Orlando Magic coming out on top. The Magic defeated the 76ers by a score of 59-48 to advance, and on the other side of the bracket the Dallas Mavericks beat the New York Knicks to get into the final game.

“They came out playing extremely well and all of a sudden we were down 25-9,” said Magic senior guard Jake Christy. “Fortunately for us, we were able to get on the same page and complete a successful comeback.”

The championship game tipped off at 1:20 p.m. and the headline matchups were seniors Jake Christy, Jake Guidone and junior Riley Banks of the Magic pitted against juniors Brett Lavanchy, Henry Dundon and senior Paul Heffernan of the Mavericks.

A big part of that comeback run came from the hands of junior Riley Banks who, time after time, hit big shots from beyond the arc that helped the Magic secure the victory. Junior Mike Kagy of the Mavericks had one of the best performances of the day, and his efforts helped the Mavs jump out to that early lead and kept them in it near the end, but it was not enough to topple the Magic.

“It is a tough way to lose any game for sure, especially the championship game.” said junior Brett Lavanchy.

The Mavericks indeed lost a heartbreaker, but at the end of the day, that is what Rec is: unpredictable. That is what makes playing so fun—you never what is going to happen. All in all, the end to another exciting year of Walpole High Rec Basketball only leaves the players itching for next season to start.