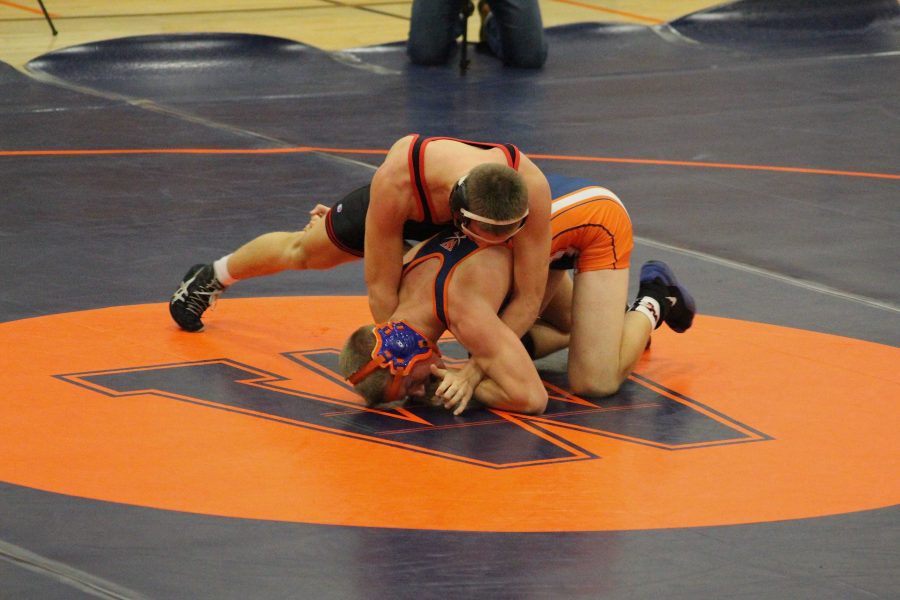 Walpole Wrestling headed into the post-season ranked 24 in Massachusetts on masswrestling.com, with high hopes for the Division 2 Central Sectional Tournament in Marlborough. As a whole, the team placed second overall with 211, losing only to Algonquin with 222, and became the first Walpole team to place in the top 3 at sectionals since the 1980-1981 season.

“I’m really proud of the team and all of their hard work,” said Senior captain Matt Rando.

“Rolling with older kids had no effect on me,” said Borelli who wrestled many older kids this season, “I knew I had just as much experience as them.”

Borelli also said that winning his weight class at Sectionals had been a goal of his for awhile. “I remember looking at the sectional championship board, I told myself that…I could do it,” he said.

“The team did really well, and we had 11 State Tournament qualifiers,” said Shea. “That’s the most we’ve had out of all the years I’ve been here.”

The WHS wrestlers had great success at the Sectional Tournament, but they were not the only ones, as head coach Sean Petrosino became the first WHS coach to receive the Div. II Central Coach of the Year award.

“[Petro] is an amazing coach, he always pushes us because he wants us to succeed,” said Kauranean. “He came to our school when we were young and told us in a few years we would be a legitimate team, and here we are.”

WHS sent 11 wrestlers to compete at the All-State Tournament, two of them,Shea and Splaine,placed 5th in their weight classes and qualified for the All-State tournament. Shea competed in 6 matches and came out with a record of 4-2, and Splaine wrestled in 5 matches, accumulating a record of 3-2.

“We had some tough brackets, but we did pretty well,” said Splaine. “In wrestling it really comes down to who wants it more.”

Splaine and Shea both finished at the All-State Tournament with a record of 1-2, ending their seasons and Shea’s wrestling career at WHS. The team’s season was officially over, but it will certainly not be forgotten, due to their many accomplishments this season, including surpassing the previous record of most team wins in a season—18—with their record of 21-3.