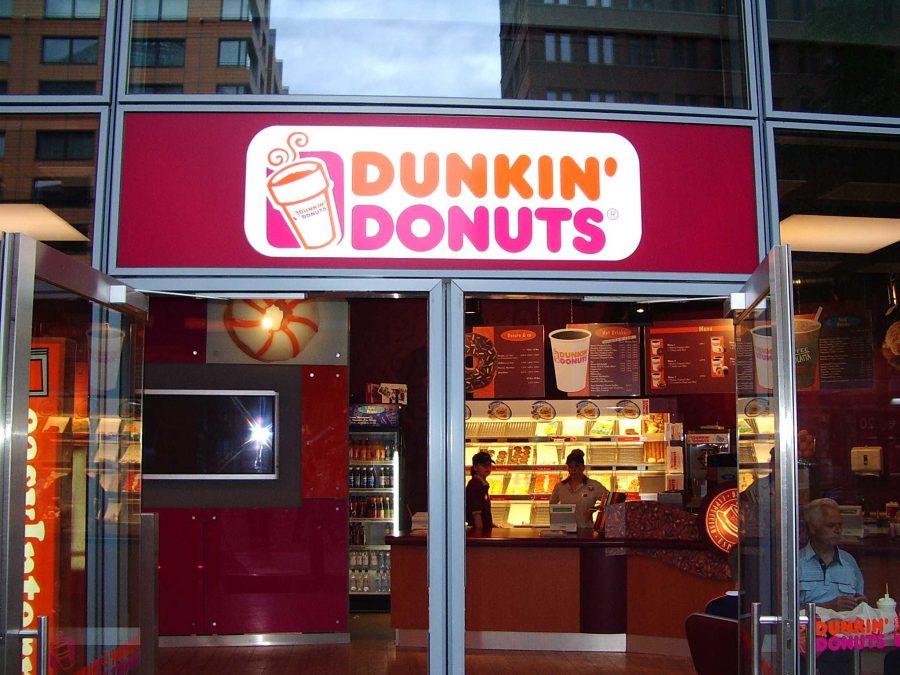 In honor of the new Dunkin’ Donuts opening off of Route 1 near Mick Morgan’s, the Rebellion took to the hallways to learn about Walpole High’s Dunkie favorites:

What are your thoughts on the new Dunkin’ Donuts that is opening across from Mick Morgans?

“Honestly I think it’s a great asset to our community.” -Morgan Kelley, Sophomore

“I have a feeling it’s going to be a great Dunks. I’m just really excited.” -Steph Forester, Senior

“It’s going to get a lot of business because the high school is right near it and it’s going to be a great hit.” -Matt Keyes, Junior

“That’s a good investment. It really is.” -Sawyer King, Sophomore

“I think it is great for the high school hockey players because it is going to be a good pit stop on the way to the rink.” -Audra Tosone, Sophomore

“For me, it’s great because I live in South Walpole. It saves my Dunkies in the morning trip.” -Lindsay Cordopatri, Senior

“Oh I am so in for it because there is another one on Route One but you can only get to it by going north. This one by Mick Morgan’s you can get to by going south so you don’t have to do a huge turn around. Also it’s going to be huge, and who doesn’t want a huge Dunks?” -Luke Berardinelli, Senior

“I would not want to spend my tax dollars on anything else.” -Gayle McAdams, Senior

“Here’s the thing: I think that so many people are going to go there that you just have to psych them out and just go the other ones. Don’t give it the attention that it wants. I know it’s new, it’s pretty, the service is probably going to bad because it’s new. You just gotta keep going to the Pier one Dunks or the one NEAR Walmart but not IN it.” -Audrey Lynch, Senior

“The one NEAR not IN Walmart.” -Steph Forester, Senior

“Probably the one near McDonald’s because it is open 24 hours.” -Matt Keyes, Junior

“Definitely the one near Walmart.” -Camille Logiudice, Sophomore

“Definitely the one by Ace Hardware.” -Sawyer King, Sophomore

“I’d say the one next to Walmart.” -Bella Lawlor, Freshman

“The one by Rocky’s.” -Luke Berardinelli, Senior

While scouring the lunch room for potential Dunks fanatics, the Rebellion stumbled upon some Dunkin’ Donuts experts, who had a few words of wisdom to share.

“I am a BIG fan of the Pier One Dunks. Basically the only drawback, the ONLY drawback to this place, is the massive hill. You really got to push it.” -Audrey Lynch, Senior

“When you get to the top of that hill you also get a ‘this car climbed Mt. Washington sticker’.” -Mikaela McSharry, Senior

“If you know your friend’s Dunks order, that’s how you know you are friends.” -Mikaela McSharry, Senior

“Can I have a quick soliloquy about knowing the benefits of a Coffee Coolatta? Basically, when you order an iced coffee from Dunks, you run the risk of it tasting like cigarettes. Basically, you can’t go wrong with a Coffee Coolatta. Drawbacks: it has like 700 calories. You have to drink it in less than 10 minutes or else it combusts. Also, it’s also just ice and liquid, not real coffee, so there is probably minimal caffeine. But it’s fine. You get a brain freeze but I’d say it’s worth it. It’s significantly more expensive, but definitely a good option. People need to know that it’s there and she’s ready for you.” -Audrey Lynch, Senior (Editor’s note: the Coffee Coolatta was discontinued by Dunkin’ Donuts recently).

“Can I throw in a warning really quick. Medium iced caramel swirl black. It looked significantly darker than usual, so I sipped my coffee and it tasted like burnt beans. It was a shot of caramel. Not the SWIRL. Accentuate the SWIRL when you order.” -Mikaela McSharry, Senior