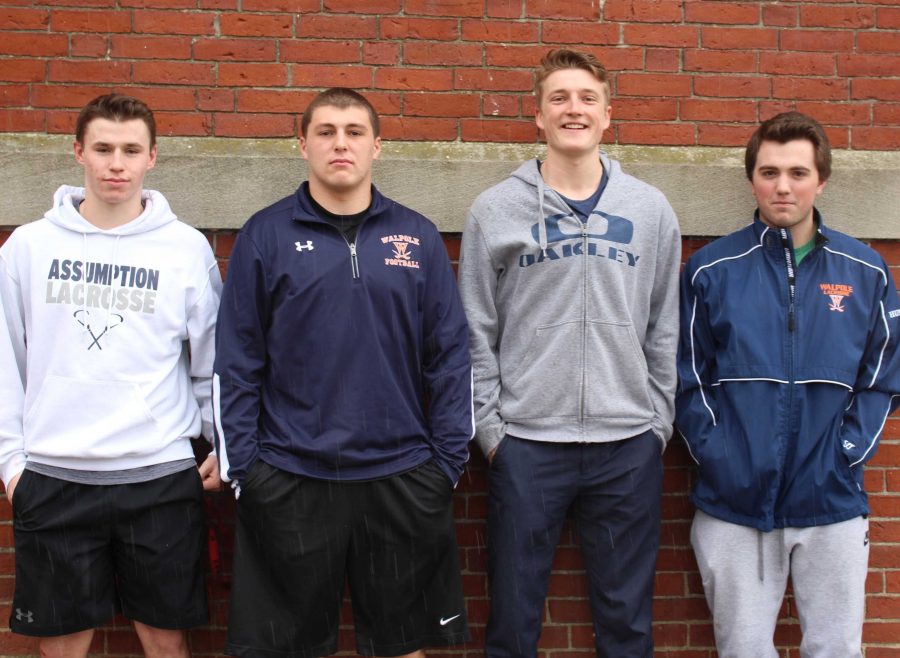 Last year, Walpole Boys Lacrosse finished with a final record of 13-4. After losing five senior captains to graduation, this year’s seniors will have their work cut out for them. Senior captains for 2017 include Jake Hurley (committed to Assumption College), Owen Hunter (Bentley University), Alex Lucas (Mass. Maritime) and Zach Conrad.

“Everyday in practice we work extremely hard,” said senior Alex Lucas. “It has definitely showed in our play so far but I still believe we can get better.”

In their first game of the season, the Rebels defeated Xaverian by the score of 7-5. It was a tightly contested game throughout, but the Rebels prevailed in the end with the help of a strong defensive effort to keep the lead out of reach. In the second game of the year, they bested Wellesley 9-7 in another close game.

“The fact that we are able to keep our cool and come out on top in these close games really shows how strong a team we are from top to bottom,” said senior Owen Hunter.

In their third game of the season, the Rebels’ offense exploded for an 11-1 win over Brookline. With their record 3-0, the Rebels have shown that they can compete in close games, and that they have the ability to put points on the board.

Some of the other notable games this season are the games against Milton on April 28 and Needham on April 25. Needham is an important game for the Rebels due to the fact that this game is the first matchup between the teams since the Rebels defeated the Rockets for the first time in six years last season.

“We went in [to the Needham game last year] knowing they were a really good team but that we had the personnel to beat them,” said captain Jake Hurley. “However, it took a complete team effort to get the job done and hopefully we can continue that type of play and beat them at home this year.”

Along with a strong group of seniors, there are also a few underclassmen making a name for themselves. Junior Darragh Fahey and sophomore Connor Foley are new to starting on attack and juniors Pat Lanahan, Robert Colburn and Kyle Smith will all get playing time on defense. Already off to a great start to a new season, the Rebels maintain that they have bigger goals in mind, as they try aim for a deep postseason run and a possible championship season.

“I believe that because our team plays so well together we will be able to make it far [in the playoffs],” said senior Zach Conrad. “We feel very comfortable playing our style no matter who is on the field at any time and that gives us an edge over most teams.”