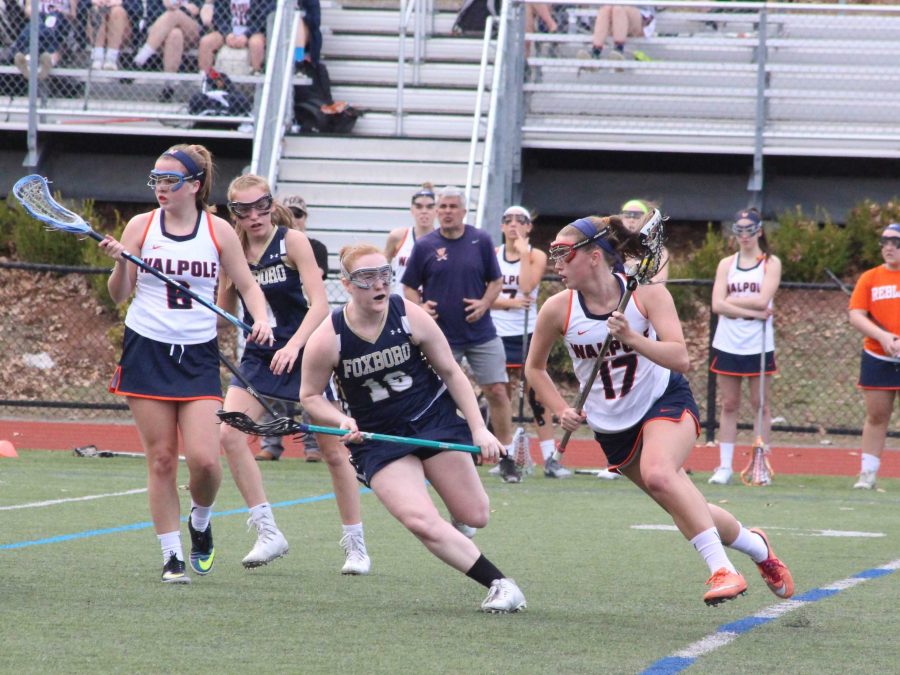 Currently in first place in the Herget Division, Girls Lacrosse is on the path back to Boston University’s Nickerson Field for the Division II State Championship once more. Despite falling to Norwell High School in last year’s State Championship, the Rebels are still a Massachusetts powerhouse this season. The Boston Herald ranks Walpole number five in the state and The Boston Globe has the Rebels at number eight. So far with a record of 16-1, the Rebels should make a deep run into this year’s postseason tournament.

“After only losing three seniors, our team this year is very experienced. We hope that this experience and confidence helps us get back to where we were last year: the State Championship,” said senior captain Alison Foley.

On May 16, the Rebels beat Newton North, 16-4, on Senior Night to make them a step closer to clinching the Herget title. A win this Thursday, May 18, against Norwood would officially gain them the title. A following win on Friday, May 19, against undefeated Needham — a team they have never defeated in school history — would make the Rebels Bay State League Champions.

“Needham will be our biggest regular season game this year. I feel that if we play the way we are capable of playing, we have a good shot at winning and making history,” senior captain Melanie Weber said.

Averaging 14.5 goals a game and only letting up an average of six, the Rebels goal differential is something to be proud of.

“We are very proud of how both our offense and defense are performing equally very strong. Everyone gives it their all on both ends of the field,” senior captain and goalie Morgan Fontana said.

Walpole ends their regular season on Monday, May 22, against North Attleboro. Tournament standings will be released the following week.