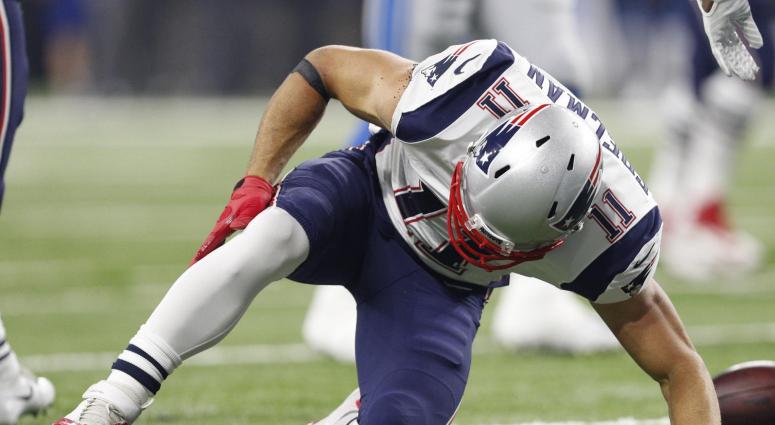 After acquiring top wide receiver Brandin Cooks from the New Orleans Saints, the New England Patriots were heading into the new 2017-2018 season with an even better offense compared to the 2016 offense. However, with 88 yards receiving in week one yet only 2 receptions against his former team on Sunday, Cooks has not yet made as big of an impact as expected.

After the season ending injury to Edelman, Head Coach Bill Belichick traded Jacoby Brissett for young Dorsett from the Indianapolis Colts. Dorsett was drafted 29 overall in the 2015 NFL Draft by the Colts, with 18 receptions his rookie year and 33 his second year in the league. After not playing in the first regular season game, Dorsett was useful in game two with 68 yards receiving and a 7 yard run. However, Dorsett is questionable for the next game due to a knee injury.

Against New Orleans, Hogan had 5 receptions for 78 yards and one touchdown. In week one, Hogan had 1 reception for 8 yards and 3 rushing attempts for 17 yards. Until Brady builds more trust with Cooks, Brady will most likely depend on Hogan—as long as he stays healthy.

Against the Saints, the Patriots seemed to go back to their ways against the Atlanta Falcons in Super Bowl LI by using James White as much as they can. White—the number two receiver last year—has stepped up so far in both games. So far, he has had 12 rushing attempts for 49 yards and 11 receptions for 115 total yards. Although he has zero touchdowns, he has the most receptions this year and is second in targets only to Gronkowski.

Despite the 36-20 win over the Saints, Tom Brady is still facing the challenge of who he can find to fill the void in the receiving core.