Who Will Replace Gordon Hayward? 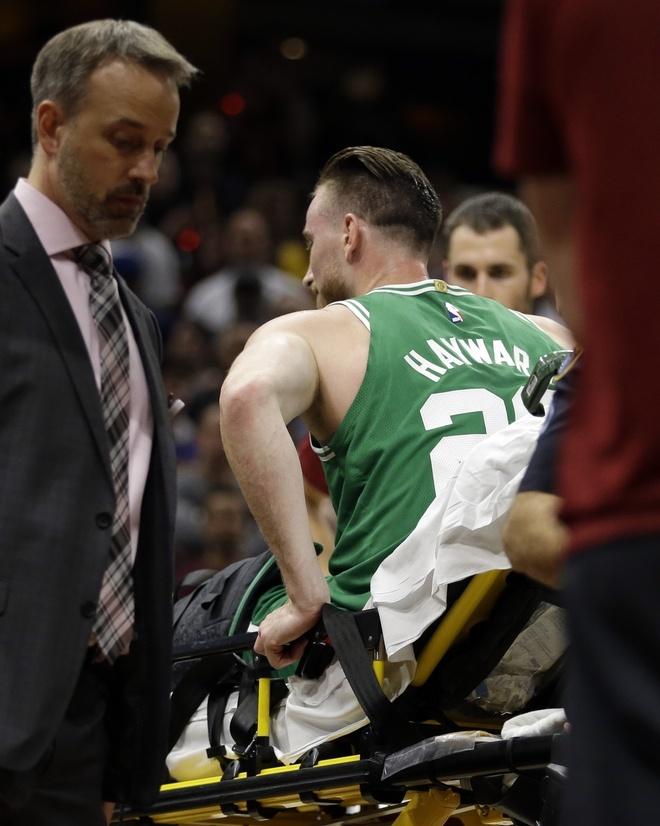 With 6:45 left on the clock in the first quarter and Boston Celtics leading with a score of just 12-9, small forward Gordon Hayward for the Celtics went to the hoop for a mistimed alley-oop. As Hayward descended from his alley-oop attempt, landing awkwardly with Lebron James, his left ankle was dislocated and his tibia was fractured. After less than a quarter into his Celtics debut, Gordon Hayward would not be able to finish the game.

After signing a four-year, $128 million deal over the summer, Gordon Hayward’s role will now need to be fulfilled by fellow teammates. Only 5 games out of 81 played, the Celtics will have to substitute for Hayward and carry on without him for the majority of the season. With Jaylen Brown, Marcus Smart, Terry Rozier and others on the bench, head coach Brad Stevens will have to find the right man for Haywards minutes.

In the 2016-2017 season, Jaylen Brown averaged 6.6 points per game, Marcus Smart 10.6 points per game and Terry Rozier with 5.5 point per game. Since Hayward will miss some time, those three, including Jayson Tatum, are expected to consume the minutes.

According to John Karalis of Boston.com, Jayson Tatum, Jaylen Brown, Kyrie Irving and Terry Rozier must step up for the Celtics in the absence of Hayward. Karalis believes “the need for another body to fill the minutes left vacant by Hayward pushes everyone below him on the depth chart up a spot. Personally, I’m in favor of keeping Marcus Smart in the primary backup ball handler role, which would push Rozier into more wing minutes.” After a slow starts to the season, Jayson Tatum had his best game of the season so far, with 22 points, 4 steals, 4 rebounds, 2 assists and 2 blocks against the New York Knicks.

As the Celtics play without Hayward, starting the season 0-2, have now won four in a row and are 4-2 after facing the Cavaliers, Bucks, 76ers, Knicks and the Bucks again.

With Gordon Hayward out early in the season, many believe there a several options on the bench to step up. Behind four time all star and 2016 NBA champion Kyrie Irving, the Celtics hope to make up for this loss.