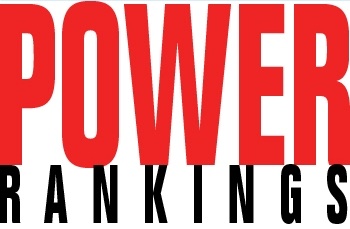 In high-pressure situations, during intense games, some teams have crumbled while others have thrived. These are the updated Power Rankings after the first three weeks.

Mavericks: ~ (3,0) Starting this year 3-0, the Mavericks are undefeated after three games. Defeating the Rockets, Nuggets and Nets, the most they have allowed was 54 points. Jack Casey, Henry Dundon, Michael Kagy and the Mavericks stay at the number one spot.
Knicks: ~ (3,1) Their only loss came in the first game of the season to the Wizards. The Knicks are on a three game win streak, showing their talents on both ends of the floor in a 69-41 win against the Rockets.
Lakers: ↑ (3,1) With their only defeat coming against the ninth ranked Nets, the Lakers climbed from the fifth spot to the third spot. Senior Kevin Sullivan’s scoring ability is showing why he was a top pick in the draft.
Warriors: ~ (2-2) The Warriors’ two defeats have been by six points and three points, putting up 70 points in their first loss. In the two losses, the Warriors were strong on the offensive side, putting up large numbers but also letting up large numbers to the oppositions. This junior built team remains at the the fourth seed after defeating the Wizards.
76ers: ↑ (4-1) At a strong record of 4-1, the 76ers’ main focus has been on sophomore Jack Magane, who has been dominant on the offensive side of the floor. Magane helped his team make a comeback from down 25 points against the Warriors to get the win.
Wizards: ↓ (2-3) The Wizards highest scoring game was a loss to the 76ers, 67-60, with their other two losses being close defeats by two points and four points. Zach Schultz’s 76ers fall to the sixth seed with their losing record.
Magic: ↑ (3-1) Beginning the season strong, the Magic’s three game win streak was snapped in a 51-38 loss to the Nets. Thus far, the Magic showed strength on the defensive side, holding the Rockets to 20 points and the Nuggets to 28 points.
Nets: ↓ (3-2) The Nets started off slow with a 1-2 record in the first three games, but are now on a two game win streak with senior Dan O’Leary racking up points along with a large amount of steals on the defensive side of his game.
Heat: ↓ (1-3) At 1-3, ranked ninth, the Heat let up a large 93 points against the 76ers. Seniors Billy Killeen and Kyle Smith are doing all they can to help the Heat on both ends of the floor, putting up double digit points.
Celtics: ↑ (3-1) Originally ranked last, the Celtics started the season 3-0 with their only loss against the Sonics by one point, 47-46. The underdog Celtics are now ranked tenth.
Spurs: ↓ (1-3) Beginning the season 0-3, the Spurs won their first game against the 76ers putting up a season high of 80 points. Senior Ryan Murphy is the main focus for the Spurs’ offense so far.
Sonics: ↓ (1-3) With losses in their opening two games, juniors Joe Lynch, Dennis Crowley and the young Sonics went on to beat the Celtics by one point, followed by another loss to the 76ers by ten points.
Rockets: ↓ (0-3) Coming out 0-3, the Rockets have put up low numbers on offense, in a 45-20 loss to the Magic and a 69-41 loss to the number two Knicks.
Nuggets: ↓ (0-5) Bottom last with an 0-5 record, the Nuggets need help on both sides of the floor, only putting up 38, 41, 28 and 34 points in their first four games. In their last game they scored a season high of 57 in a 60-57 loss to the Knicks. On the defensive side, they have let up 53, 62, 54, 60 and 60 points.