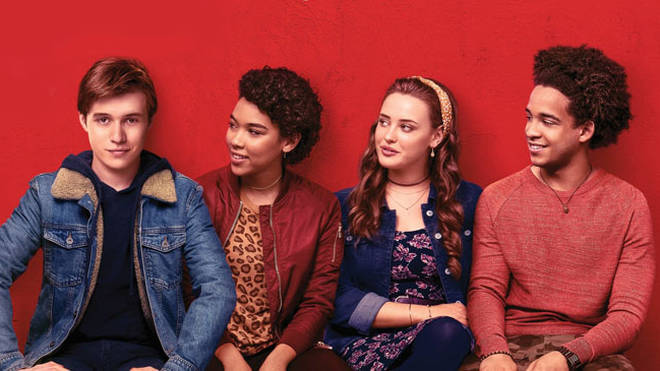 Social media has been bustling since the announcement of the coming-of-age masterpiece, “Love, Simon.” The movie does an exceptional job retelling the touching story as told in “Simon vs. The Homo Sapiens Agenda” by Becky Albertalli, and the excitement for the movie has widened the readership of the teen romance book. “Love, Simon” is an addition to the utterly small list of LGBT+ movies: a list that has been slowly expanding over the past few years. Through the use of political jokes and the fact that it is a breakthrough film for the LGBT+ community, “Love, Simon” perfectly appeals to the teen audience.

People of all walks of life flocked to “Love, Simon” as soon as it hit theaters. The coming-of-age film drew support from all ages, despite that the book was primarily geared towards the LGBT+ youth. The community has lacked representation in the media for the longest time, and it is about time that the LGBT+ youth sees characters they can relate to in theaters. Up until “Love, Simon,” the only two major LGBT+ films that come to most minds are “Moonlight” and “Call Me by your Name,” and both were released within the last two years. The book was also widely praised because of its inclusion of multiple African American leads, who had even more significant roles in the movie. Simon’s love interest, Bram, is especially significant, as an African American queer boy.

“Love, Simon” is a perfect blend of comedy and classic romance, making for a revolutionary film for the LGBT+ community. There were an abundance of jokes in the film which readers of “Simon vs. The Homo Sapiens Agenda” could anticipate because of the hilarity of the book.

In the book, yet even more so in the movie, there were jokes made about the United States’ current administration. In addition, Simon cracked a sarcastic joke about the “homosexual agenda” which has been a popular topic of discussion in the media since the film was released.

On top of the jokes from the book, there were a few hilarious cinematic twists that enhanced the plot and engaged the audience even more. Everyone in the theater laughed hysterically as Simon daydreams of his future: him, out of the closet, in the middle of a flash-mob, living freely at “Liberal University.” Even though some of the humor was undoubtedly political, the film’s audiences laughed along regardless of their opinions.

The icing on the cake to “Love, Simon” is the soundtrack. Throughout this roller coaster of a film, the songs perfectly portrayed the characters’ emotions with a variety of pieces from Bleachers to Whitney Houston to The Jackson 5 to a brand new release from LGBT+ icon Troye Sivan. The soundtrack appealed to all ages, but predominantly the teen target audience with popular songs from The 1975 and Khalid and Normani. The music accentuates the touching love story and creates attachment to the memorable characters that resonate in audiences. “Love, Simon” is paving the way for more heart-warming, progressive breakthrough films.