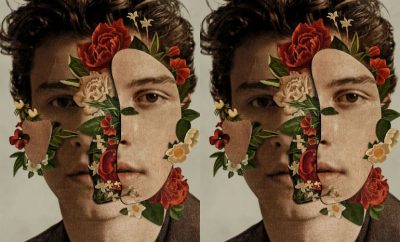 Nineteen-year-old pop idol Shawn Mendes released his third full-length studio album on May 25, and unsurprisingly, he is receiving significant praise for this self-titled Billboard chart-topper. Mendes began to attract a following in 2013 when he started posting song covers on the video sharing app “Vine.” Since then, he has captured millions of hearts around the world with now three hit albums. Shawn Mendes’ new self-titled album diverges from his past work bringing in fresh collaborations with prominent artists, while also staying true to his classic pop roots.

This third, self-titled album is by far the most engaging and mature of Mendes’ work because of the variance in style between each track. Every song on the album is entirely unique, as songs like “Particular Taste” and “Nervous,” both in collaboration with experts Julia Michaels and Ryan Tedder, delve into modern pop styles while others are more heart-on-his-sleeve, romantic ballads like “Why.” Listeners can also easily tell which pieces were in collaboration with singer-songwriter Ed Sheeran because of the composition similarities between Mendes’ tracks and other artists’. “Because I Had You” matches the soft guitar from Sheeran’s past work for Justin Bieber: “Love Yourself.”

Mendes knows just how to hype up his audience for a new full-length album: by consistently releasing singles up to the official release date. Mendes released track after track, starting with the first single from his 2018 album, “In My Blood,” on March 22. Without letting his fans catch a break from all of the excitement, “Lost In Japan” was released the following day.

Both “In My Blood” and “Lost In Japan” start out more mellow than past work from his sophomore album “Illuminate,” hinting at a new signature sound. “In My Blood” even experiments with a never before seen contemporary pop-rock side of Mendes. Nevertheless, Mendes displays his full vocal range and stuns listeners with his signature powerful notes during the builds of both songs.

Mendes truly outdid himself with his third of five singles, as he released a collaboration with popular R&B and hip-hop artist, Khalid. The dynamic duo’s song “Youth” is a perfect blend of both singer’s specialties. Their harmonies, because of their starkly contrasting sounds, are beautifully unique.

The only thing missing from “Shawn Mendes” is a distinct flare within the lyrics that would diverge from his usual work. Sure, the songs sound great with each varying style, but the lyrics’ themes are pop cliches. The lyrics in the majority of the songs on this album mirror those of any other pop star and there is nothing about them that is unique.

Almost every song is told from some persona that is a variation of a classic “one who got away” or “forbidden love” or another overdone narrative. Mendes brought new sounds to the table with this third album, but majority of the lyrics are unoriginal and hackneyed.

Mendes’ third studio album has blown away fans of his work with its new sound and style, and in turn, it is the catalyst for the break of his records on an international scale. Within a week of its release, 182,000 copies of “Shawn Mendes” were sold, surpassing the records of Mendes’ sophomore album “Illuminate” immensely. With the mass amount of support for his new album, Shawn Mendes is third youngest solo artist to collect three number one full-length works, trailing just behind Justin Bieber and Miley Cyrus.

All in all, “Shawn Mendes: The Album” represents a fresh new direction for the young pop star and fans are beyond satisfied, as Mendes is reaching new heights with this third chart-topper. Since his informal song covers on Vine in 2013, Shawn Mendes has certainly made a name for himself in the music industry as a top Billboard artist.