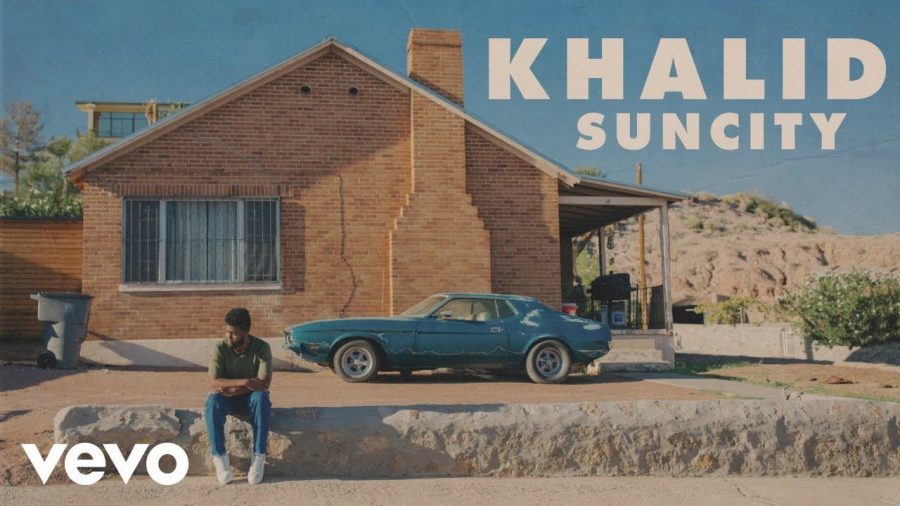 Over year after his breakthrough album “American Teen” conquered the music charts and became one of the top selling albums of 2017, up and coming artist Khalid releases new hit EP “Suncity.” “American Teen” is praised as an incredibly raw and real music project, as it is full of beautifully lyricized pieces that directly relate to the lives of all American teens. Similar to “American Teen,” “Suncity” reflects on Khalid’s life experiences as a young adult with inspiring lyrics and exquisite mello beats unmatched by any other up-and-coming artist in the industry.

Suncity is named after Khalid’s favorite city: El Paso, Texas. Khalid moved around the country frequently as a child, but only once he moved to El Paso did he feel truly at home. He dedicated a featured song, and the EP, to the city to show his gratitude towards the community.

The EP begins with a track, entitled “9.13,” in which listeners are braced for the rest of the body of work with a minute-long opening of soft vocals in the background of an audio clip. The audio clip makes it clear how much Khalid loves El Paso, as this whole first track is the audio of him being presented with the key to the city, evidently a pivotal moment in his life.

As with many recent music projects, “Suncity’s” seven tracks are split up with a transition piece. “Suncity’s” minute long track is called “Salem’s Interlude.”

Khalid is known for his rich and soulful lyrics and sound, and “Salem’s Interlude” sticks out for having some of the most emotion-evoking lyrics of the artist’s career. Similar to “9.13,” the interlude is made up of spoken dialogue paired with solemn music that blends seamlessly with the tone of the speech.

The rest of the EP—”Vertigo,” “Saturday Nights,” “Motion,” “Better” and “Suncity—” is full of Khalid’s classic deep and emotion-filled vocals that hypnotize listeners. Through his beautiful lyrics, anyone can tell how much Khalid appreciates his home: El Paso, Texas.